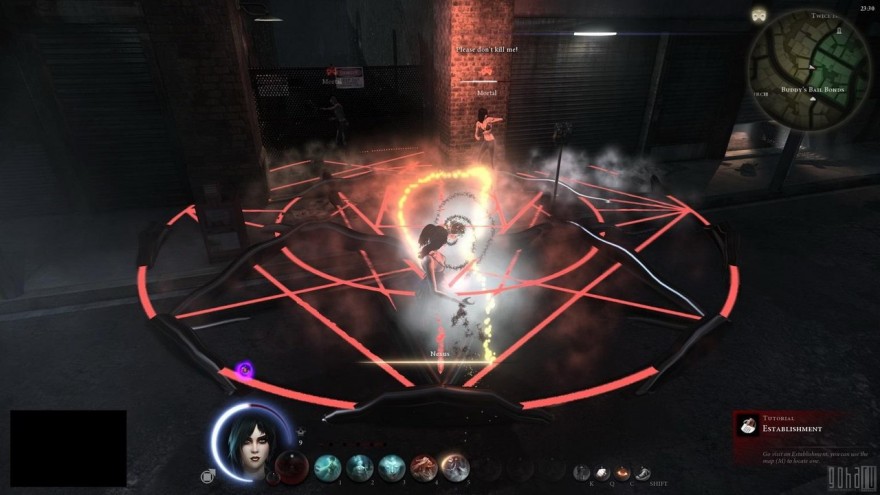 Now this is just rubbing garlic in the wounds.

Buried in the Guardian story on the slow, decrepit demise of CCP’s vampire MMO World of Darkness is evidence of a pretty cool game. Namely, it had been revamped into a vampire-themed MMO with a liberal dose of Assassin’s Creed. The game borrowed heavily from the method of traversal in that game, specifically how you scrambled up walls to rooftops, according to Nick Blood, previously a developer at CCP. As a fan of Park Chan-wook’s rooftop-hopping vampire film Thirst, this sounds great to me.

But the rest was, well, a big disaster. You should definitely go and read the whole thing if you’re interested in this fascinating failed project, but, briefly, “the problem was that, without a cogent vision, none of it gelled. There was no clear path towards ‘done’.” he says. Three different times over the 9 year cycle the alpha version was scrapped. And as a result, our dreams of seducing mortals went down the drain like the blood bag I’m pouring out in memory of this game.