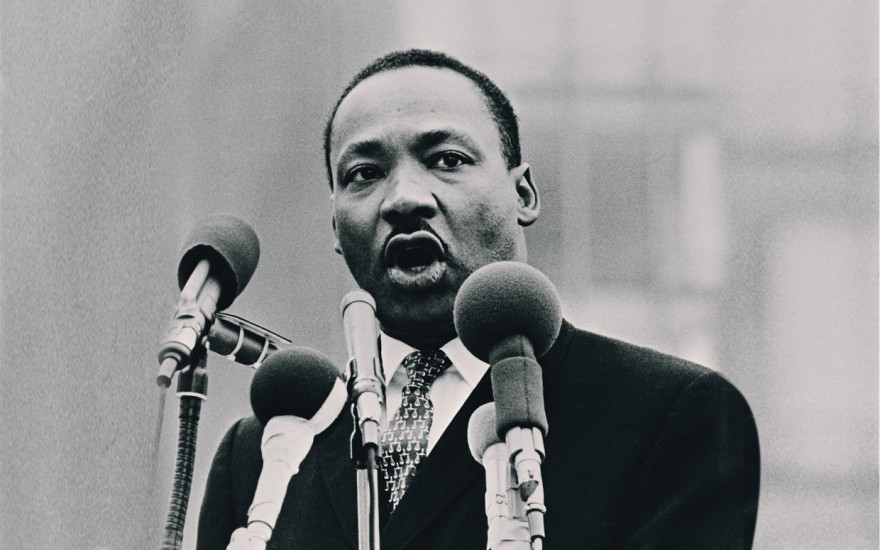 A couple of years ago, I visited the Martin Luther King Memorial in Memphis. It is beautiful and infuriating and hopeful and painful. To see the balcony where Dr. King’s work ended, to comprehend the dark tragedy of the small and humble hotel room that served as a great man’s last moments—it was all reminder of King’s prescient words: “The arc of the moral universe is long, but it bends towards justice.”

So Kill Screen is taking off today for Martin Luther King, Jr. Day. I don’t need to tell you he was a powerful and inspiring man deserving of our every attention. His words are just as important and meaningful now as they were decades ago. Given all of the rancor and hatred that we saw in the back half of 2014, MLK’s legacy is an important reminder that we must show love to those who hate us and seek reconciliation and redemption over everything else.

This passage from his writing on non-violence is a must-read, and a personal hope of mind of how we can move forward after a year of months of digital nastiness and hate:

Another thing that we had to get over was the fact that the nonviolent resister does not seek to humiliate or defeat the opponent but to win his friendship and understanding […,] to win the friendship of all of the persons who had perpetrated this system in the past. The end of violence or the aftermath of violence is bitterness. The aftermath of nonviolence is reconciliation and the creation of a beloved community. A boycott is never an end within itself. It is merely a means to awaken a sense of shame within the oppressor but the end is reconciliation, the end is redemption.

So we hope you’ll join us at Kill Screen in honoring the life of a great man. Here are some suggestions:

-Read Ta-Nahesi Coates’ landmark essay on the case for reparations (and then, on a slightly lighter note, read Chris Rock’s interview in NY Magazine)
-Support the Black Lives Matter game marathon from this weekend.
-Watch my PBS Game/Show episode on race, racism, bias, and technology in videogames past and present
-Take a long walk with a friend and go see Selma if you can

We hope you have a great day.