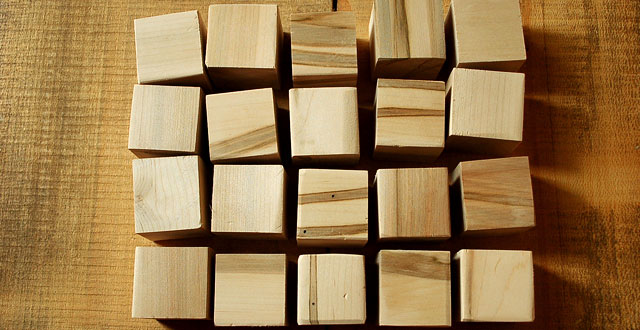 Joel Levin plays Minecraft. That would be an unremarkable fact, considering that he’s one of about two million people that play the indie sandbox game. But instead of constructing 1:1 replicas of the Starship Enterprise or functioning 16-bit computers, Joel has crafted an entire class curriculum in and around a Minecraft world. Levin documents his radical approach to teaching computer literacy at a private school at The Minecraft Teacher.

The reason I chose Minecraft was because I could tailor it to support my lessons. I think a lot of people working with computer games in schools are sort of choosing the game and then thinking of a lesson that could go along with it. Minecraft lets me do the opposite: I think of a lesson and adapt the game to pull it off. It gives me the freedom to layer in the broader lessons of the school, to reinforce the ideas of community and responsibility and make sure the kids are socializing together in a productive way. So I structure my lessons in a way that makes them share resources and cooperate in order to succeed at whatever the goal is.

It’s a constructive game instead of a destructive game, you know. [The students] aren’t just blasting aliens, and I think that appeals to a lot of people, especially kids. When parents see that and they see what their kids are creating, it’s often eye-opening for them. It’s the first time they’ve seen their kids playing a game that’s encouraging these really positive values.

What do you actually teach with the game?

My mandate at the school is to teach a certain set of computer skills. I’m working with first- and second-graders, so it’s really basic stuff: how to type, how to use a mouse, what a network is, how to find stuff online. So that’s what I’m supposed to teach. I don’t strictly teach that stuff, but they’re absolutely getting it through Minecraft. Just to play the game you have to type commands, you have to manipulate things on the screen with the mouse; they’re practicing these skills. Then they’re going home and going online to Minecraft wikis and looking things up and taking notes. Just by playing the game, they’re learning the skills I want to teach.

In one of your videos on the blog, there’s a moment where you blast a hole in the training course and let the kids into the game world. How did they react to it?

I had been forcing them for a couple weeks to stay on the path, to follow my lessons to the letter. Whenever they tried to bend the rules, I would come up with appropriate consequences and enforce them. When they finally got out of the training area, they went nuts; they were screaming; they were like, “Look at this, look at that! I fell in a cave! There’s lava down here!” It was really cool.

Have you hit any snags bringing the game into your classroom?

Very often kids will make mistakes, as they’re prone to do. Sometimes they’ll step out of line or say something inappropriate within the game. I make sure to stop the lesson and deal with that situation the exact same way I would at recess.

There was a kid in my class who kept sneaking into other kids’ houses and taking items when he thought no one was looking. I was getting a little frustrated, giving him time outs, and making him take five-minute breaks from the game. When another teacher saw his behavior in the game, she told me he was doing the same thing when he played with Legos in her class. The kid’s personality was coming through in the game. So now he has guidance coming from two directions about his behavior to help him with this issue.

The Facebook generation didn’t have “internet ethics” classes in grade school, but it sounds like you’re directly addressing that.

I’m plugged into a lot of different educator and technology networks and yeah, everybody is trying to figure this out. All the adults in my field realize this is important and we need to be teaching this stuff. I don’t want to say teachers are making it up as we go along, because there’s a fair amount of research coming out on this, but it’s like you said; there’s no standard right now.

Let’s say we do nail it and teach the messages we want to teach. In two years there’s going to be a different form of social networking. It’s a moving target. The most important thing is to start from an early age and teach respect, understanding, and accountability. Schools are teaching these things, but we need to teach that they still apply on the internet.

Do games like Minecraft have a future in education?

What I’m hoping is that it represents a whole new genre, and we’ll start seeing many games that can be used this way. I’d love it if teachers could pick and choose the one that works best for them.

As for where I want to see Minecraft specifically going, I hope that they develop more tools to lower the barrier of entry into modifying the game. Right now, you don’t have to be a programmer, but it helps. You’re still dealing with scripting and running servers. I’d really like to see that process streamlined, and a slicker front end. I’m sure we’ll get there.