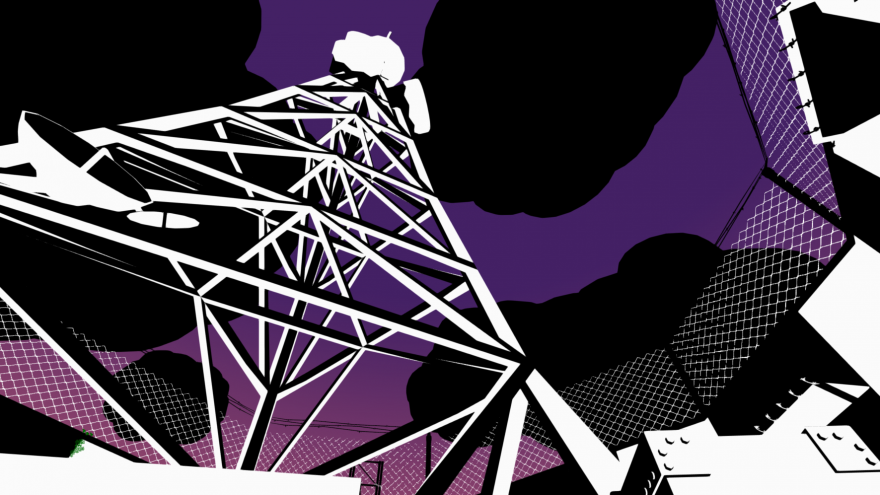 Esteban Fajardo and his team have been devouring samurai films while crafting their competitive action game Chambara. They were particularly drawn to the work of Akira Kurosawa, the renowned Japanese director known for films such as Seven Samurai (1954), Yojimbo (1961), and Rashomon (1950). This last of those films has come to inform Chambara‘s visual style, if not its tone, the most. “These strange impulses of the human heart would be expressed through the use of an elaborately fashioned play of light and shadow,” Kurosawa wrote on Rashomon.

The title of Chambara refers to Kurosawa’s own film genre, the samurai film, but it’s also an onomatopoeic word in Japan for the clashing of swords. In the game, players take control of bird-like ronin seeking to strike each other down. First, though, they have to find one another—easier said than done, in Chambara’s predominantly black-and-white world.

“We had shadows that would crawl up walls”

Aside from visual motifs, the team behind Chambara was most inspired by the pacing of samurai movies. “In those films, a lot of combat is dealt with in the blink of an eye, but there’s this slow ramp up, with tons of tension,” said Kevin Wong, who helps lead the team. “You can see that in the ending of Sanjuro (1962).” As in that legendary scene, the fights in Chambara end in a single blow.

But while Chambara’s ties to the samurai film are clear now, it bore a familiarity to a different cinematic tradition earlier in it’s development. “We started with these primitive shapes, and what that resulted in was landscapes that were very evocative of German Expressionism,” says Fajardo, referring to the cinematic movement that would produce films like Metropolis (1927). “We had shadows that would crawl up walls, and these stark binaries. We started by leaning pretty heavily into that, and building abstract worlds with very expressive, but also depressing, shadows.”

Chambara still carries elements of its initially stark visual style, but the team ultimately decided to take the aesthetic in a different direction. “When we stepped away from it, we felt that the really stark, really oppressive vibe didn’t really represent what we wanted to make,” said Wong. “We were going to be presenting the game to kids.” In pursuing a softer edge to the stark visuals, they changed the player characters to giant birds. Instead of blood, players disappear into a puff of feathers when struck down. You can opt to wield a fish or a guitar instead of a samurai sword.

“A lot of people take visuals on a surface level from film, but I think there’s a lot to be gained from rhythm. That’s what film has been practicing, through editing—the ability to control pacing,” said Fajardo, on how game creators might look towards film for inspiration. Chambara’s combination of striking visuals and intertwined mechanics should stand as evidence in their favor.

Look out for updates on Chambara’s progress on its website. Check out our ongoing coverage of GDC 2016 here.