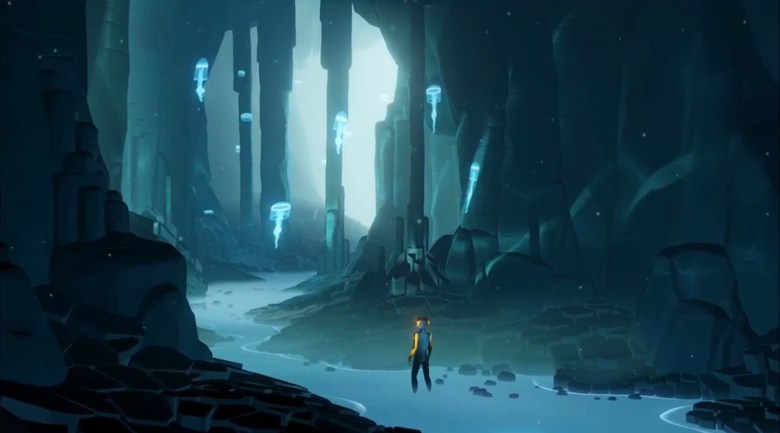 When I was a child, the only thing I wanted to be was a marine biologist. It was a common request amongst first-graders who were only to have their ambitions dashed by the complicated and real tediums of actual marine biology. But as legendary undersea pioneer Jacques Costeau said, “The sea, once it casts it spell, holds one in its net forever.”

He developed an early love of the ocean. Certified as a scuba diver while only in high school, Nava felt the open ocean offered an alluring beck and call that could only be sated by time spent below the surface of the seas. During his first dive in the kelp forests of the Channel Islands, a playful sea lion danced with Nava and pressed his nose against his diver’s mask. Subsequent dives revealed sunken wrecks and a “thermocline” where colder and warmer ocean waters meet and create dueling planes of liquid.

Diving reveals a sense of the strangeness of our human condition. We are not suited for the environment and only the advances in technology allow us to interact with an entire universe outside of our everyday.  Everything is ultimately different. Light refracts in alien patterns. You cannot speak, only listen. “You are the stranger down there,” Nava says.

In Nava and his studio Giant Squid‘s new title Abzu, a diver sinks into the depths but finds new life below. But part of the challenge is capturing both the vastness of the ocean while still retaining an eye for the smallest creatures. “If you look at a coral reef, there are thousands of polyps. The detail is just vast.”

Nava’s father is familiar with capturing that type of austerity. John Nava is a representational painter and is best known for “The Communion of Saints,” his series of tapestries that flank the interior Roman Catholic Cathedral of Our Lady of the Angels in Los Angeles. Just as the enormous pieces capture the grandeur of the space, the younger Nava seeks to create a similar reverential environment from underwater landscapes. “If there’s a single word, I would use,” he says of the ocean. “It’s majesty.”

If anything, Abzu captures the impulses of a new generation of post-Journey designers, looking to evoke new and unusual feelings in players. Nava worked at thatgamecompany and sees a lot of inspiration in Jenova Chen’s project to enhance player’s emotional intelligence. Much as those come to Our Lady of Angels looking for transendence and peace, Nava says he wants Abzu to be about transformation.