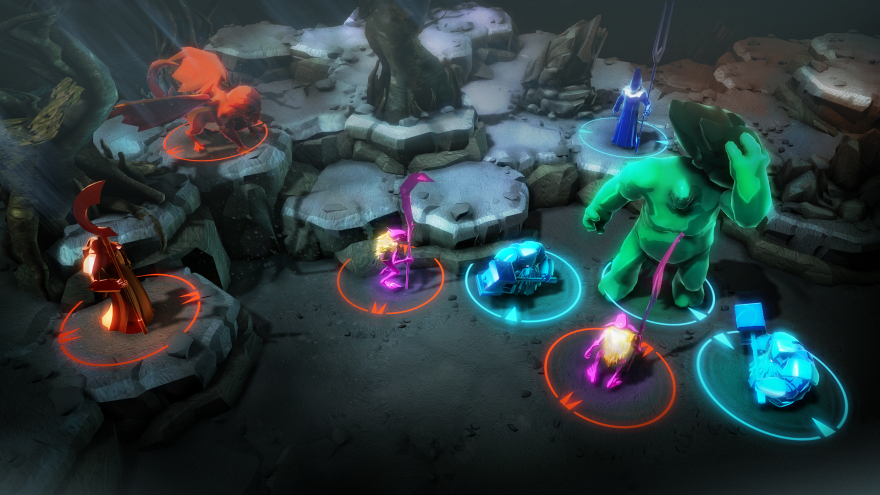 Chaos Reborn, the latest entry into the tactical turn-based strategy genre from Julian Gollop, creator of the X-COM series, is now available for early access Steam.

The current lineup of features in this boardgame-meets-Magic: The Gathering title is austere, as only online multiplayer is available. However, each of the modes not yet unlocked show a text explanation, with one glimpse highlighting possibly the game’s most interesting feature.

While players start as a lowly apprentice wizard, through hard work and effort, they can attain the first social rank, “Wizard Lord.” From there, they can ascend further by collecting “artefacts,” winning multiplayer battles or leveling up against computer opponents. The higher ranks require you to start your own order (like a guild) of “worshippers” and manage its growth.

This is all par for the course, but there’s a wrinkle: once a player hits the top, their rank is not guaranteed. Going inactive from play or allowing your order to lose too many followers can see you plummet back down to square one.

This is all par for the course, but there’s a wrinkle

Many games have done ranking systems, although few stick out that required active maintenance. One such system was the honour ranks of World of Warcraft’s original PvP. It required continual play to collect “honour” every week, moving up the ladder to try to reach “High Warlord” for the Horde or “Grand Marshal” for the Alliance. As you progressed up the ranks to attain both prestige and the exclusive items the titles allowed you to purchase, the amount you had to collect for the week to both maintain and advance would increase. A slump in performance would likely end up in dropped rank.

For comparison, Chaos Reborn’s highest rank, “God,” allows the highest echelon of the game’s players to directly influence the world’s lore and future game features. It’s as if the week’s High Warlords got to lead the entire Horde faction, other players included, until they were succeeded by another.

Chaos Reborn is slated for a full release in Spring 2015. You can find out more on the game’s website or on Steam.