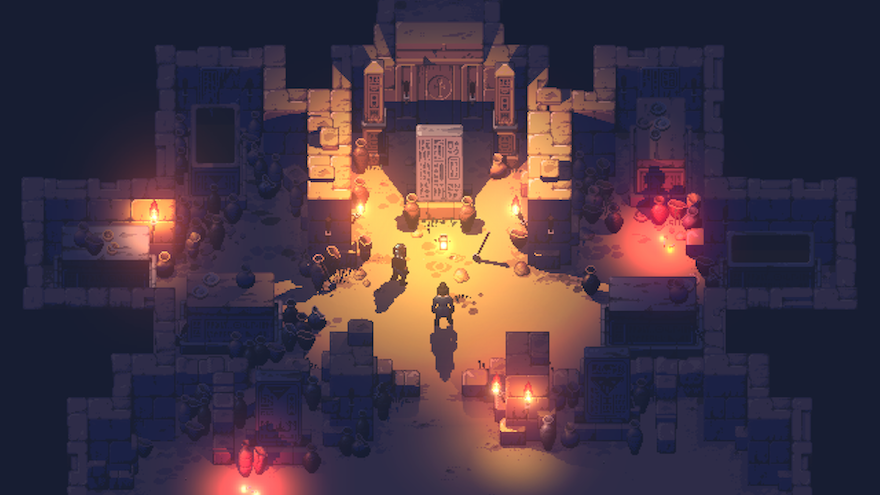 Germany-based developer Robotality, who worked on the space colonization simulator and grueling strategy game Halfway (2014), have described their newest project as a “tactical RPG set in a 1930s pulp adventure scenario.” Like many good sentences that say little, their description opens up a world of possibilities.

Take an Indiana Jones artifact hunt with a motley crew of outsiders and eccentrics, add a newly-discovered chemical element with unknown properties that’s only spoken of in whispers, and throw in a few Nazi agents racing toward the same prize for good measure. You’re getting close to what this game is all about.

Pathway wants to be everything

Pathway: In Search of the Lost Element, scheduled for a 2017 release, wants to be everything. It’s beautifully illustrated with what Robotality fondly refers to as “next-gen pixel art,” a voxel-pixel hybrid that allows for dynamic shadows and lighting while sticking to the classic aesthetic. Sneak peeks reveal the Reich’s soldiers lurking in desert ruins and structures reclaimed by an encroaching jungle; it teases the mix of sci-fi and historical exploration promised by a game that wants us to look for landmark scientific discoveries in a haunted tomb in the ’30s. Robotality are building on what they learned with Halfway—another a turn-based tactics game—to give the appeal of pixels and the challenge of strategy a new twist. 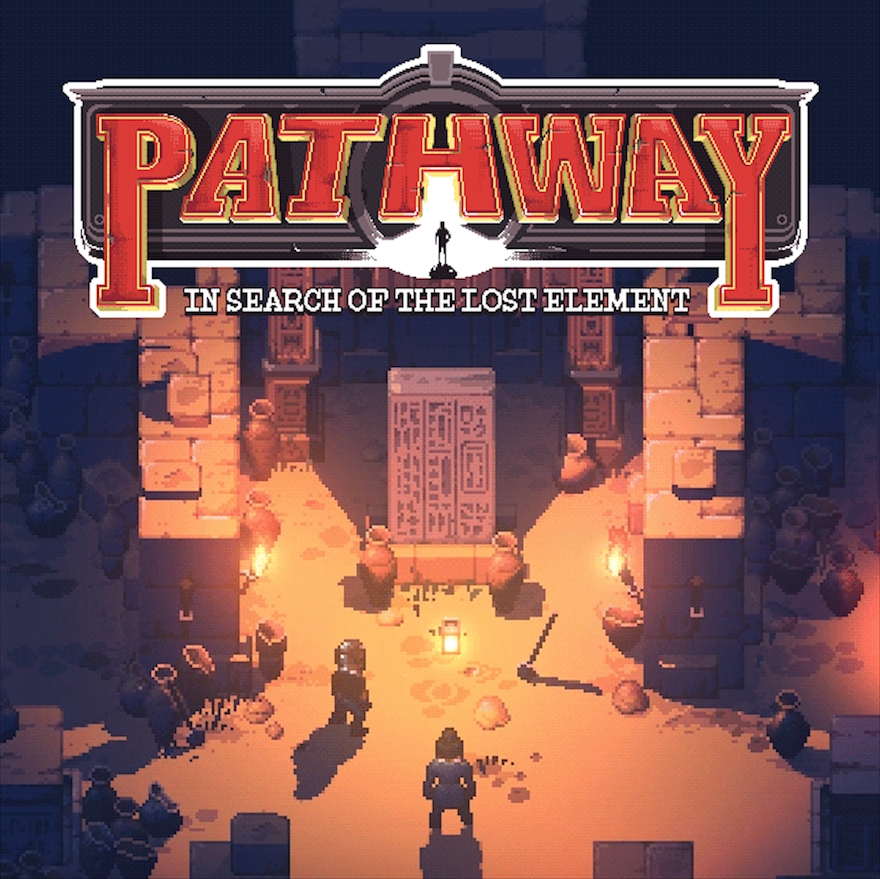 Though Pathway wants to somehow combine dime novels with Tomb Raider (1996) while also mixing in that one Tesseract scene from the first Captain America movie, the result looks surprisingly… charming. Pathway’s stylized art and earnest embrace of the concept gives the historical aspect of it room to breathe. Of course, you have to beat the Wehrmacht to get to the nerd equivalent of buried treasure. Of course! You look at their charming DOS-inspired logo or the little pixelated German Shepherd sitting in the stand with its tongue sticking out and it just makes sense.

It’s not asking you to sit down and voluntarily think about a world where the Axis powers won WWII. It’s not wondering if the perpetrators of some of the greatest atrocities in recent memory would have been cooler if they’d had lasers. It’s not fucking Nazi Zombies. It’s light, and it’s pulp, and it’s pixels.