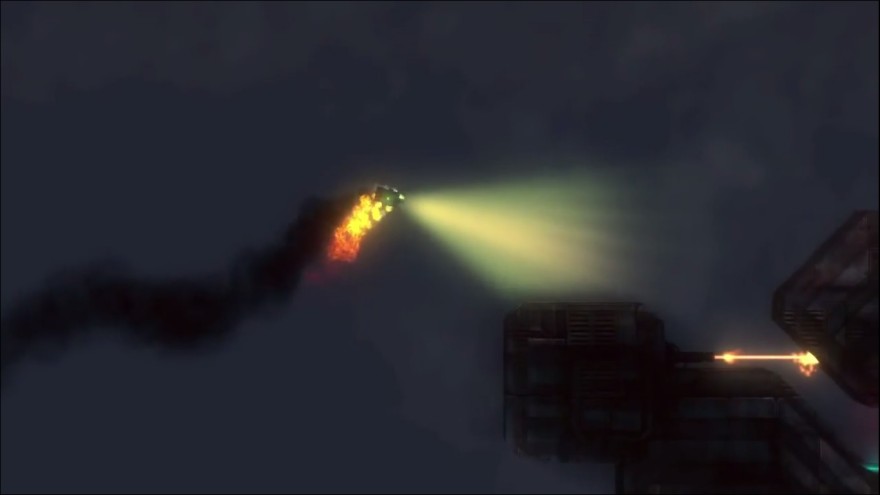 Nifflas, designers of atmospheric explorations games like Knytt Underground; and KnapNok, creators of games that challenge players with new ways of interacting with games like B.U.T.T.O.N. are partnering for a Wii U exclusive title Affordable Space Adventures. Right now looking like a cross between FTL and Insanely Twisted Shadow Planet, the two studios are looking to deliver “an atmospheric, low-key, very suspenseful game that gets the players excited but a bit scared at the same time, and to have a game where a complex configurable vehicle is fun to figure out and control.”

Nifflas and KnapNok want to make as much use of the Wii U hardware as Nintendo themselves, using the system’s second screen as an intrinsic part of the game instead of a gimmick. The second screen monitors your ship’s functions while you explore on the main screen. Nicklas Nygren of Nifflas doesn’t see the game working on any systems other than the Wii U, and perhaps the PS4+Vita without major mechanical changes; and “just want[s] to make a cool game for [the Wii U]!”

Read a full interview between Nicklas Nygren, and KnapNok’s Dajana Dimovska and Lau Korsgaard, and Indiegames.com’s John Polson here, and watch the game’s teaser below.