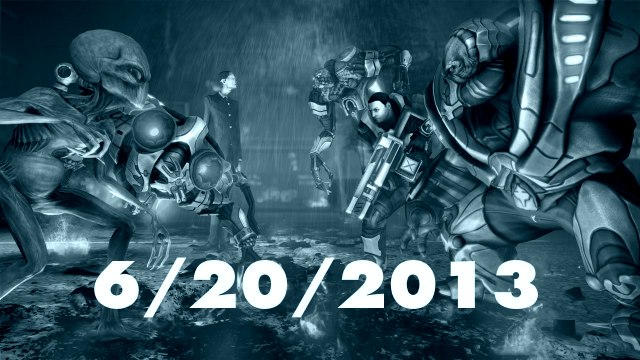 Nintendo has stealthily released four new games into their 3DS StreetPass plaza, joining the built-in Puzzle Swap and Find Mii RPG. Another baby-step into DLC territory, each are a paid download and are exclusive to the UK and Japan… for now.

Richard Matheson presaged them in Real Steel. The Virtual Boy bathed them in red light with Teleroboxer. The BBC even got in the action with Robot Wars. So why aren’t fighting machines the pugilists of the future? Behold, the dreaded Wedge.

RTX 2013 is coming to Austin, Texas, where the new anime series by Red vs. Blue creators Rooster Teeth will be unveiled. Apparently, four girls come together to fight evil. And yet somehow nobody complains about overused anime tropes.

Those of you across the pond can submit your proposals to Game City 8, a festival in Nottingham open to all creators, artists, or interesting folks that want to make meaningful play. Sounds like our kind of party.

To many, XCOM: Enemy Unknown was the Best Game of 2012. (Or the ninth best, but whatever.) If you missed it, you can check it out today on your favorite iOS device. Don’t be afraid: the $19.99 asking price assures there’ll be no in-app purchases or microtransaction shilling. Right? Please?

And as the Bruins and Blackhawks battle it out for the Stanley Cup, the team blogger reveals a little-known secret: The players are all actually Super Smash Bros. characters. I’ve been riding on Hawks goalie Corey Crawford this whole time…