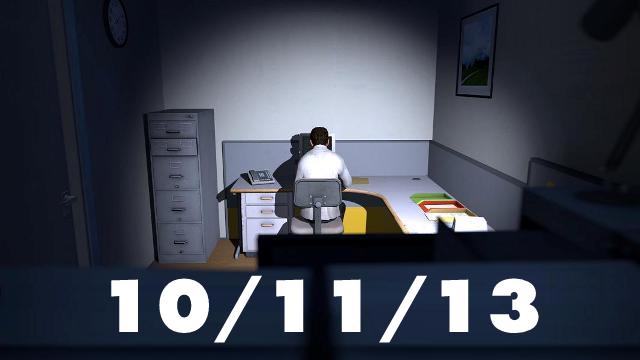 The Serious Games Institute in London recently held an event looking at games-based learning called “Bringing Education to Life.” Among other more useful lessons, the audience learned the Prime Minister is a fan of Fruit Ninja. Take heed, enemies of the Queen.

Davey Wreden’s intriguing The Stanley Parable comes out next week. Get a taste of this mind-warp with a demo, now live on Steam. Spoiler: In the demo, you play yourself playing the demo.

Dustforce looks so, so clean.

Wargaming.net‘s war chest is mighty full of coin these days, thanks to the giant success of World of Tanks. With World of Warplanes on the horizon, the studio has worked with the RAF Museum and redLoop design to recreate a Dornier Do7 German bomber, the only one of its kind, as an augmented reality experience.

And since it’s Friday, we figured you needed to know the latest on what French studio is making new NEO GEO titles. You’re in luck! It’s Le Cortex, and their game is called Crouching Pony, Hidden Dragon.