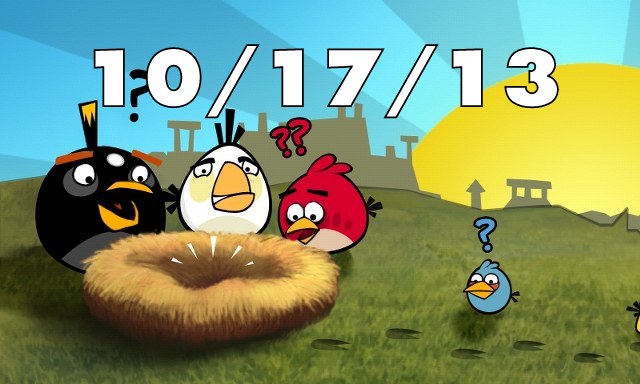 After a Star Wars tie-in and a National Geographic book, we weren’t sure where Rovio’s Angry Birds franchise could go next. Angry Birds Go! answers that question. It’s Angry Birds Kart. Next song.

There’s only so much cross-branding we can take. Cleanse yourself with this Tecmo Super Bowl prose poem by Brian Oliu, author of Level End.

If videogames are art, they’re but one of many digital works out there. But how much is a piece of digital art worth? The Philips Digial Art Auction sought to find out, as old world constraints such as gallery space crashed into new-world media.

Take a look at these visualizations of how a cat sees the world, by artist Nicholay Lamm in conjunction with University of Pennsylvania veterinarian ophthalmologists. Now we just need a first-person cat game (starring Lil’ Bub??) for Oculus Rift and the internet will finally be happy.

The D23 Expo is three days of All Disney, All The Time. At the latest convention, held this past weekend at Tokyo’s Disneyland, fans saw the first glimpse of Kingdom Hearts III. NaeTGameR sums up the feelings of many: “sell my body for this.”