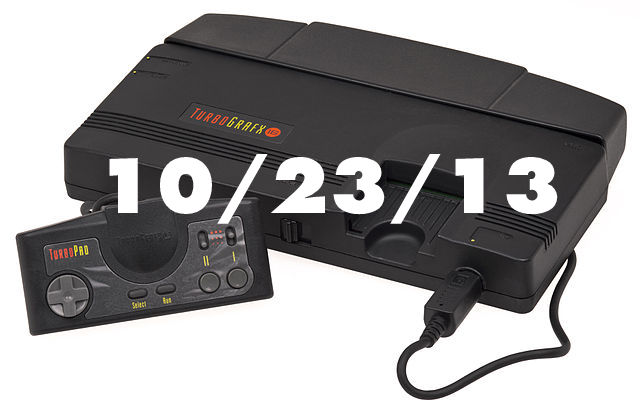 The newest Apple product to quench the tech-thirst of millions? The iPad Air, revealed by Tim Cook at an event yesterday. But no talk of rumored game controllers or iTVs.

You know those sterile-but-kind-of-beautiful photographs of game consoles, each an angled box floating in space, with a controller plugged in and ready to go? Evan Amos is really good at these, and wants to build a free, virtual history museum of hardware with help from NYU Game Center and the Internet Archive. Our TurboGrafx-16 salutes you, sir.

One week of Halloween costume-shopping remains. Get some ideas from this Blood of the Werewolf trailer, coming to Steam next week.

All lovers of Amiga, take heed: Allister Brimble, sound composer for games such as Alien Breed and Project-X, has remastered classic tracks from his original recordings and released a double album. This is either the perfect birthday gift or utter blasphemy. The choice is yours.

Dan Hsu over at GameBeat talks with Toshimasa Aoki about PS4’s new controller, and how it almost broke the mold. Instead, they took cues from Microsoft. What might have been…

Much love to all the 30-year-olds.