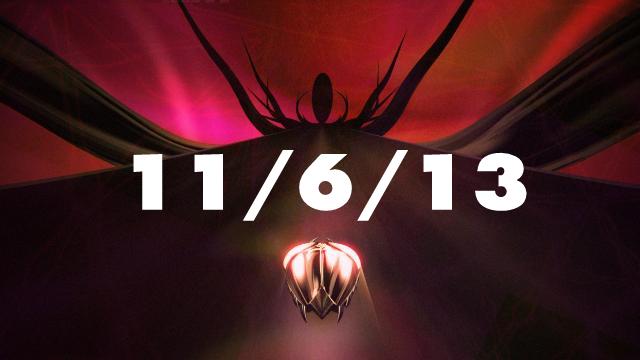 Deus Ex: Human Revolution Director’s Cut is out on Wii U, PS3, Xbox 360, and Steam. In related news, this guy put a computer in his arm to let him know when he’s getting a fever.

There will be 1197 cars to choose from in the upcoming Gran Turismo 6. BUT: only a scant 124 are new to the game (including a 1971 Lunar Rover!). Geez, Polyphony Digital, way to skimp on content.

Broken Sword 5, the next installment in the much-loved Adventure game series, is coming out on December 4th. Or at least half of it is (the sword is broken, after all). Episode II will drop later in 2014.

If the end of Daylight Savings has rewired your brain a bit, staring at this teaser for THUMPER (from ex-Harmonix devs Brian Gibson and Marc Flury) should knock out the kinks.