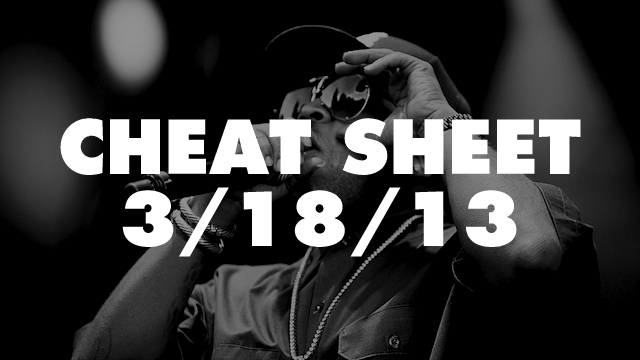 Here’s what you need to know.

Big Boi does motion-capture for Army of Two and reveals he lost his videogame virginity at a precocious age to an Atari. So does that mean I’m street?

There is a space sim game that simulates the entire known universe and beyond. Welp, that about wraps it up for games. We can all go home now.

And perhaps more impressively, some brilliant fool turned his Nintendo 64 into a Game Boy! DO WANT.

A video artist made Antichamber IRL. It’s every bit as disorienting, only with less puzzles and more grass.

It should come as a surprise to no one that jihadists are really bad at making games. If this is what terrorist training entails, no wonder al-Qaeda is on the wane.

Apparently a hell of a lot of people like tanks.

Some marine biologists have made it so you can track sharks online. Note to self: don’t go swimming in Cape Town.

And if vicious maritime predators aren’t your thing, try the Cat Map.

Have a great Monday!