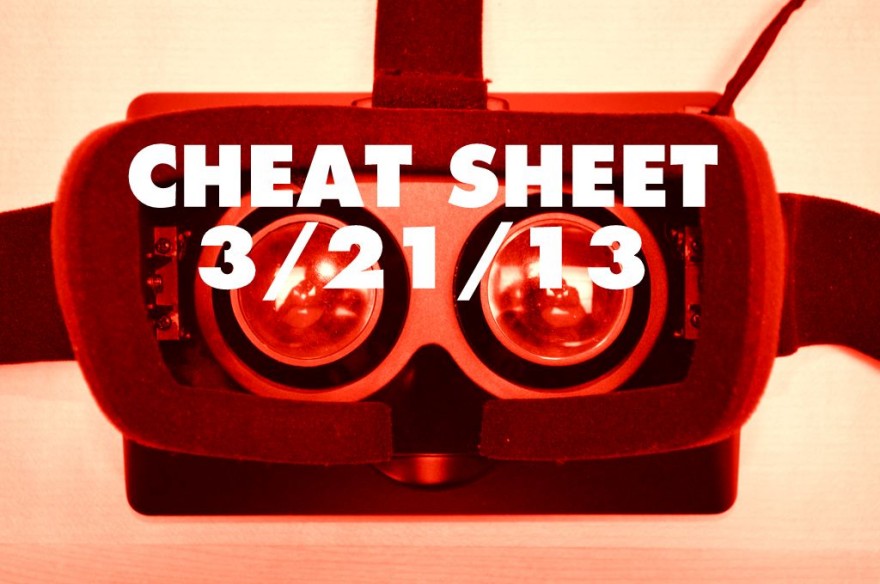 Spring is all about beginnings: the budding flowers, the cleaned-out closets, our renewed addiction to sugar-coated marshmallow baby chicks. This short documentary profiles Ralph Baer, inventor of the Magnovox Odyssey,  the first commercially-viable videogame console and the root of what we play today.

Speaking of new beginnings: On the cusp of revealing the rumored successor to their Xbox 360, Microsoft commissioned a study on multi-screen viewing and its affects on marketing. Smart glass, indeed.

More new stuff! The Gallery: Six Elements is in development for Oculus Rift, that snazzy virtual-reality helmet from the future. Makes sense, as the three-person team hopes to create a Myst-inspired first-person adventure. No word yet on the Rod Serling-starring sequel, The Night Gallery.

Penny Arcade Expo hits the eastern seaboard tomorrow. If you’re in Boston for the show, go play Vlambeer’s Luftrauser and the other tiny treasures at Indie MEGABOOTH.

Major League Gaming held their e-Sports Winter Championships this past weekend in Dallas, Texas. Over 2.6 million viewers watched online. Pour over the reruns and practice up for next year.

A Japan-only guidebook for the original Star Fox was recently unearthed and translated by the fine folks at Glitterberri. See baby-faced photos of Nintendo legends and learn the shocking biological secret behind Q-Games founder Dylan Cuthbert’s circulatory system!

Think you can tap into the pleasure center of your kitten Phoebe? Enter the ‘Games for Cats’ hackathon (hosted by Friskies, of course), and you could walk away $15,000 richer. That’s a lot of Meow Mix.