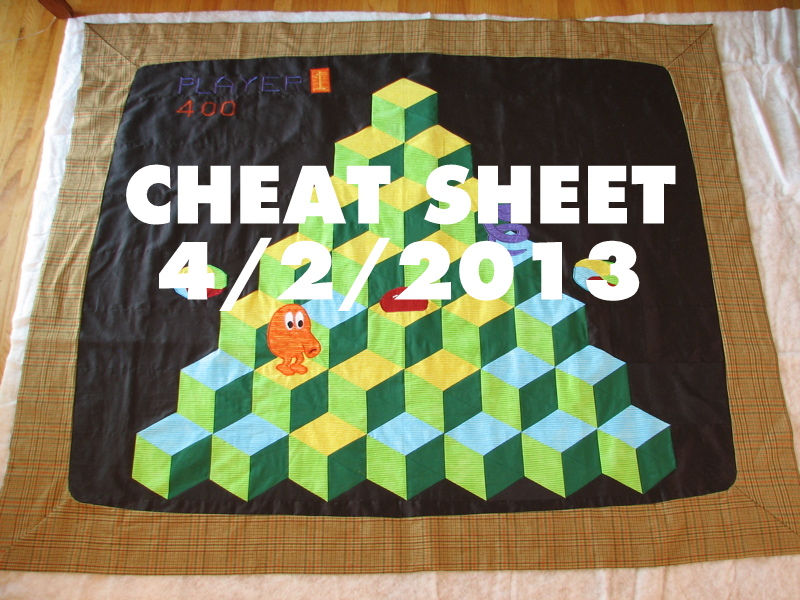 Last week, the Game Developers Conference took over San Francisco. Missed it? On the other side of the world? There’s still time to register for GDC Europe, taking place in Cologne, Germany on August 19-21.

Yesterday brought out the annual April 1st Parade o’ Fools. If you missed the festivities, you can still make like Nathan Drake and track down buried treasure in this variation on Google Maps.

Among the many games shown at GDC, Snow Castle Games’ Festival of Magic resembles a cross between Journey and Legend of Zelda: The Wind Waker. And by that I mean the trailer shows a guy running on sand and sailing on an ocean. Hey, inspiration is 1% sweat, 99% borrowed ideas. Or something.

Wargaming.net’s World of Tanks is the single largest gaming phenomenon you haven’t played. It just set the Guiness Book World record for Most Players Online Simultaneously on one MMO server: no big deal. Welp, hide your phone — Tanks is going mobile.

Looks like Microsoft’s Kinect is more than just the perfect Fruit Ninja controller. Researchers at USC’s Institute for Creative Technologies have paired the 3D camera with software called SimSensei which reads a patient’s non-vocal cues while in session with their therapist, leading to more accurate diagnosis of depression.

Yesterday was Opening Day for Major League Baseball in North America. Rejoice! For those not ready for the bigs just yet, take a trip to Lehigh Valley, where their minor league club the IronPigs will debut the “Urinal Gaming System,” already a hit in U.K. pubs. Take a pee-k below.

This piece on Grantland documents the long-distance rivalry of two men on a quest for Q*bert high-score glory. One plays for over 84 hours straight. “@!#?@!”

Stop-motion animation is a favorite at the KS office. Until Clay Fighter gets the HD remake everyone (me) wants, quench your thirst with Dominique Pamplemousse in ‘It’s All Over Once the Fat Lady Sings!’ This little marvel by Dierdra Kiei is still in development. But don’t let that stop you from trying it right now. Did I say it was a musical?