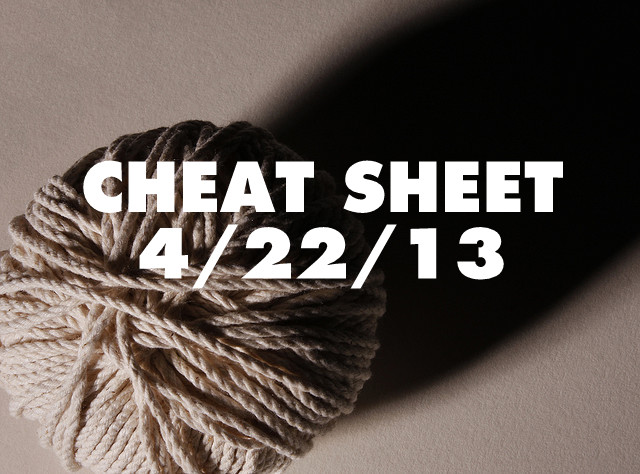 Friday’s unprecedented manhunt for the Boston Marathon bombers ended with the help of thermal imaging, a kind of heat-sensing vision familiar to Call of Duty fans the world over.

And in near-Boston news, the Times goes deep into the implosion of Curt Schilling’s 38 studios and the ensuing legal debacle. It’s a good read on how Rhode Island put it all on black and lost.

Need to check out for awhile after all the tension? Sink into Slayin, an action RPG that goes on forever and ever…

A suburb of Tempe, Arizona was evacuated after residents called in a suspicious box sitting in the middle of the road. I’d be suspicious, too… it wasn’t even floating in the air! (No Goombas were hurt; the box contained random papers.)

You lucky Banana Slugs get to hear Papa Sims wax poetic on conceptual frameworks! Translation: Will Wright is giving a lecture at University of California Santa Cruz titled “Gaming as a Lens on the World.”

For those Asteroids addicts, here’s something to top your arcade obsession: A trip to mars. Too bad it’s one-way.

Douglas Wilson brought his next social experiment masquarading as a game to Copenhagen, showing off Edgar Rice Frotteur to a meet-up for Denmark’s National Academy of Digital Interactive Entertainment.