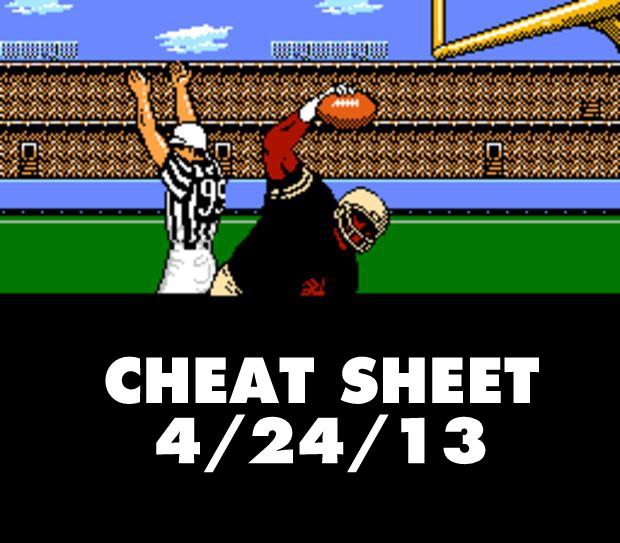 Yet another gaming franchise has been plucked for the Hollywood treatment. Sony mascot-platforming fans, be on the lookout for Rachet & Clank: The Movie sometime in 2015.

Looks like Nintendo ain’t the only company with a back catalog deep enough to vex younger gamers. Rey Jimenez talked to Siliconera about remastering Duck Tales for a new generation. I weep for those who’ve yet to pogo-stick on the moon.

Who would win in a fight between Nicola Tesla and Thomas Edison? Play War of the Currents and find out.

Micromagic Systems has created the largest “all-terrain operational hexapod” in the world. They named it Mantis. It’s the stuff of our Robocop-watching, Metal Gear Solid-playing nightmares.

Pikachu officially joins the Skylanders craze when Pokemon Rumble U releases today in Japan. Collect physical figurines, place them on the Wii U GamePad, and wham, instant power-up. And the phrase “Gotta Catch ‘Em All” takes on another layer of sisyphean anxiety…

A professor at Drexel University turned downtown Philadelphia skyscraper into the largest game of PONG ever.

And find out tonight at 8PM EST who will grace the cover of Madden NFL’s 25th Anniversary. My vote goes to Barry Sanders, who broke enough ankles to fill a decade’s worth of curses. Now can EA give the NFLPA license back to Tecmo so we get the annualized football videogame the people want?

Remember: Bend at the knees.