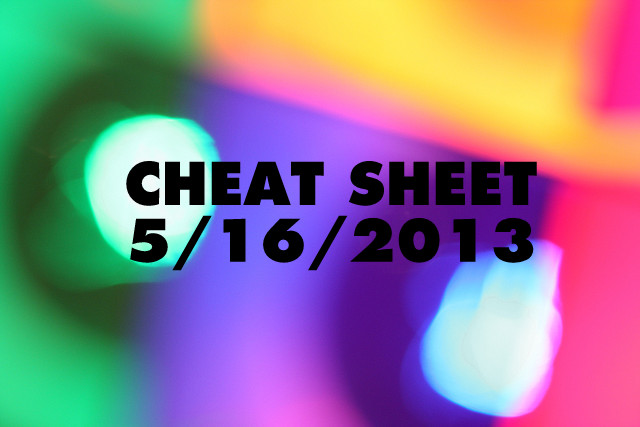 Tim Schafer was good enough to speak at our first-ever conference last weekend. If you haven’t played the fruits of his teams’ labor at Double Fine yet, this week’s Humble Bundle is for you. Just added: eight crazy prototypes for upcoming games. Play the future today!

Metro: Last Light‘s development had as treacherous a back-story as the game’s protagonist. Read ex-THQ president Jason Rubin’s take on the startling conditions weathered by developers 4A.

We are less than a week away from Microsoft’s big Xbox reveal event. Lather up your eyeballs in preparation with the new Twitch.tv app on Xbox 360. Don’t forget to rinse.

Speaking of announcements: To celebrate Jimmy Fallon’s eventual move to The Tonight Show, Nintendo sent the late-night games evangelist his very own cake. Can’t wait to hear the corresponding Thank You note.

Time was, only in games would we see our world through a stream of real-time data. Prepare for the HUD of the future as Bill Wasik at WIRED describes all those tiny computers that will shape the way we interact with our surroundings.

Spry Fox, makers of Triple Town and Leap Day, have announced a new project with a decidedly Frostian bent: Road Not Taken. The roguelike puzzle game looks to have more divergent paths than a yellow wood.

At Google’s annual I/O developer conference yesterday, they announced Google Play will finally have a cohesive gaming environment similar to Apple’s Gamecenter. Just in time for the Android Platform Deluge of 2013.

Indie Game: The Movie was an intriguing portrayal of indie game creation, but it shed light on only one microcosm of the whole. Video Game: The Movie aims for the whole enchilada. If you think they’ve got the right stuff, throw ’em some bones.