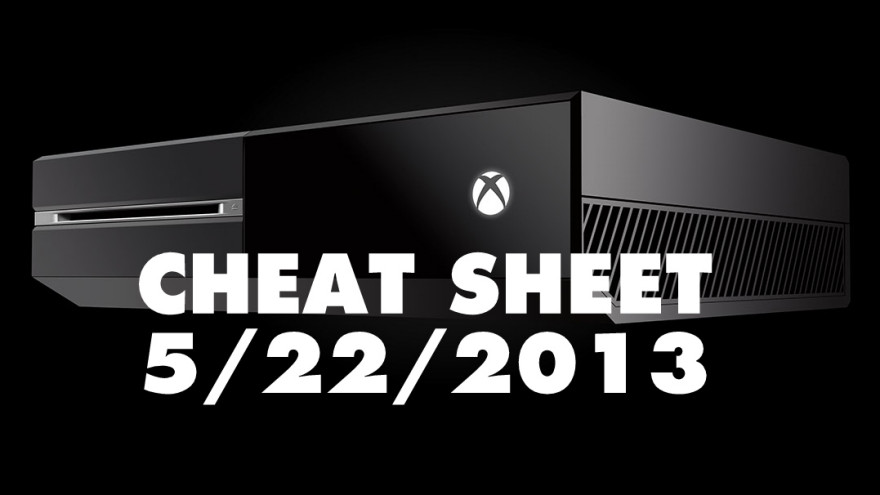 Yesterday was Microsoft’s big reveal of their next home cable box, er, console. Introducing: Xbox One.

Each unit will ship with a new version of Kinect — this one can even track your pulse by monitoring the change of pigmentation in your face. It’s like the biorhythm ear-clip for the Japanese-only release of Tetris 64, only all the time for everything!

Stephen Spielberg is involved in a live-action Halo TV series. The big question: Will Master Chief be more Captain Quint, or Peter Panning?

Microsoft also announced a partnership with the National Football League, prompting this slightly awkward conversation between President Don Mattrick and NFL Commish Roger Goodell. If your idea of fantasy isn’t Skyrim but picking Drew Brees over Peyon Manning, this is good news.

Xbox One will also play games.

And Sony counterpunches with this teaser video of their next console, the PS4. The good news: We finally see the system itself! The bad news: We need to make an optometrist appointment for our collective near-sightedness.

Lest they be forgotten, Nintendo’s deploying some serious counter-programming: Behold, the world’s first crowd-sourced flatulence.

And for all you PC enthusiasts uninterested in locked-down living room boxes: Less than 48 hours remain for Jagged Alliance fans to help fund Full Control’s Flashback reboot. Javiar O’Neill tempts and teases below; if you like what you see, show your support.