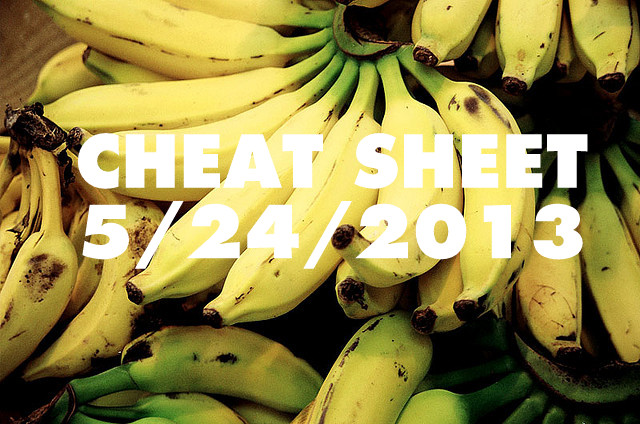 The time has arrived to scrape off our grills and cook among the elements. And what goes better with burgers and corn than potatoes? Nothing, that’s what. So ease into the weekend with some tater-grabbing goodness by James Illjenquist.

Do you dream of electric Whimsicotts? The folks of Movoto do, and they’ve answered the question on the minds of Trainers everywhere: What’s the inside of a Poké Ball like? Quite spacious, apparently.

And you’d think that ten year grads at Harvard University would have a lot to commemorate, like Facebook or something, but two former students have decided they’d like Super Smash Bros. as a more appropriate memento. One grad crows: “After three straight losses, Kevin switches characters from Ness to Kirby, just to mix things up. Kicking Ness’s butt had become such a matter of routine and predictable movements that the switch turns the tide. I go on to lose five matches in a row. Kevin cackles relentlessly.”

Donkey Kong Country Returns 3D comes out today for 3DS. If you were in Santa Monica recently, the big ape might have already gotten your (and your heart’s) attention. Hope the game comes with free samples of Lipitor.

With confusion and skepticism masking the truth about Xbox One’s ability to play used games, the president of GameStop, North America’s largest games-centric retailer (and seller of second-hand titles), spoke with Forbes about his reaction. The predictable response: Pre-order today!

Mark Z. Danielewski, author of House of Leaves and Only Revolutions, has been tweeting out numerical messages with attached photos of blackness. Readers familiar with his work know he’s inclined toward the interactive and mysterious. Help us, literary gamers; you have a new puzzle to solve…

Indie fare like Dear Esther or Proteus have inspired heated arguments over whether they’re “games” or not. Researcher and author Jesper Juul asks a similiar question of the largest franchise in history: Call of Duty. To me, deciding which cereal to buy is a game, so I take the fifth.

The sauce is the boss.