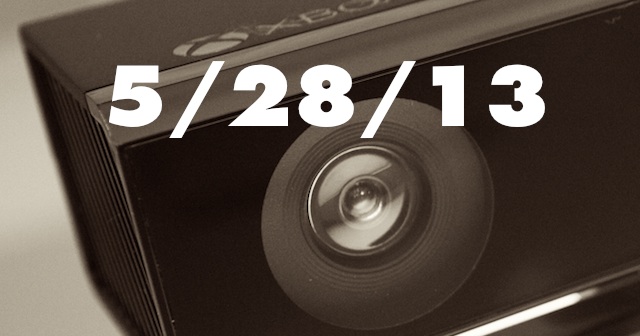 Microsoft is looking into achievements for watching TV. I hope this can be applied retroactively to Downton Abbey.

Braid creator Jon Blow doesn’t sound too convinced by all the Wizard of Oz-ery surrounding Microsoft’s claim that the cloud instead of a processor will power the One.

This time it’s the Germans who are concerned over Xbox One’s privacy issues, which could theoretically check-in over the internet, record you, and tell everyone on your friend list that you’re playing Sesame Street: Once Upon a Monster. Talk about embarassing!

“I hate crap. But I understand crap is a part of culture. So the question is, how do we organize all that crap?” A New York hacker at a hackathon for making books more visible online.

Sony may not have shown their new PlayStation 4 console at their press conference back in Feburary. But the important thing is they’ve made a gold PlayStation especially for Minecraft creator Notch.

“Well I’m an atheist myself but I’m okay with everyone believing what they want to believe.” The boy who won Peter Molyneux’s golden ticket. The irony of an atheist being granted the gift to play God.

The reason PlayStation controllers in Japan have the X and O buttons swapped is because over there X means incorrect and O means correct, and you can’t have the incorrect sign confirming everything. Mystery solved.

And down the rabbit hole, GarlandTheGreat discovered a quest in Final Fantasy 9, circa 2000, so esoteric that no one had ever seen it.