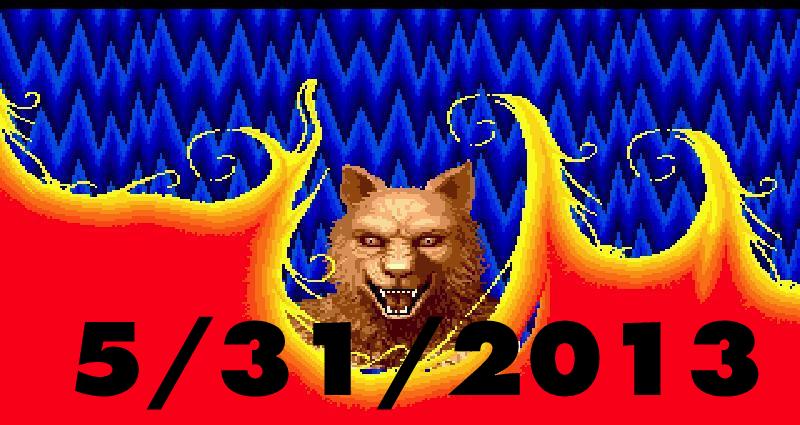 If that new trailer for Sonic Lost World revved your engine, get in the spirit with this luscious print by digital artist Orioto.

In other Sega news, lucky Japanese 3DS owners are getting a fourth classic Genesis game revamped in three-dimensions. Altered Beast joins Space Harrier, Super Hang-On, and Sonic 1 as eShop exclusives. Being welcomed to your doom has never had such depth.

SEGA, Part 3 of 3: This summer you’ll be able to smell exactly like your favorite classic Sega franchise thanks to Epic Scents. Dibs on Toejam & Earl.

The ruffians at Slacktory.com have tirelessly cataloged (almost) every time a videogame is played on-screen during a movie. This is important. This means something.

Microsoft is making a play for your living room with the Xbox One. IBM hopes to take over your kitchen. Gary Marcus at The New Yorker introduces us to the future of cooking, where computer programs generate ingredients based on algorithms, not inspiration.

Museum of Modern Art curator and Twofivesix speaker Paola Antonelli gave a TED talk earlier this month on why exactly the MoMA acquired fourteen videogames. It had nothing to do with practicing her Tetris high score, honest.

Like Japanese games, but don’t live in Japan, or speak Japanese, or have a time machine? John Szczepaniak wants to help you. His proposed book The Untold History of Japanese Game Developers is on Kickstarter now. If only Game Genie codes worked in publishing…

And if you haven’t seen it yet, scope out Anita Sarkeesian’s second video in her Tropes vs. Women series. This time she takes on modern-day damsels in distress, and makes alarming connections with refridgerators. Worth the time, folks.