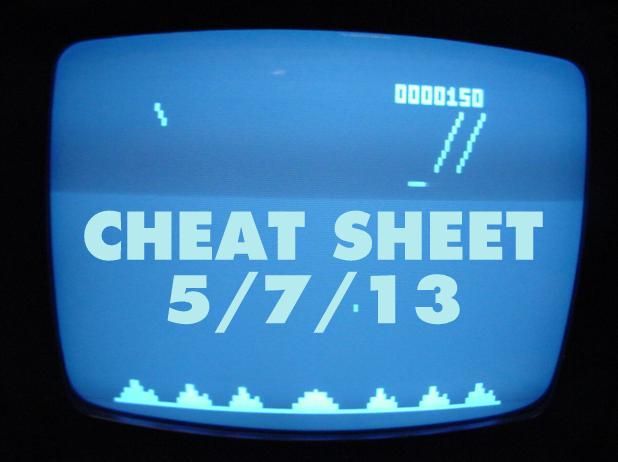 The earth is under attack.  Carlo Zapponi charts our planet’s history of witnessed meteorites, and the results look like a game of Missile Command gone wrong.

You know that 2D platformer you made about getting the shingles? Darius Kazemi argues maybe a journal entry would have sufficed, in this adapted version of a talk Kazemi gave at an event for Boston independent developers this spring.

Heads rolled during the Exile Game Jam in Denmark this past weekend, where one trio led by Andre Berlemont used the Oculus Rift VR goggles to create what they called a Guillotine Simulator. (Last time I was in Denmark my then-girlfriend figuratively decapitated our souring relationship… Coincidence?)

Fans of videogames and tabletop games can smash the two together with this cute, lean Kickstarter project by Octopus Apocalypse called Pixel Dungeon Paper Miniatures. Any studio with a mollusk in the title is a-okay with us.

And for the next two weeks, Kunstburger Gallery in Nuremberg, Germany plays host to “Printing Miiverse,” an exhibit of digital art from the Wii U’s social network. If only the same was done for Mario Paint circa 1993.