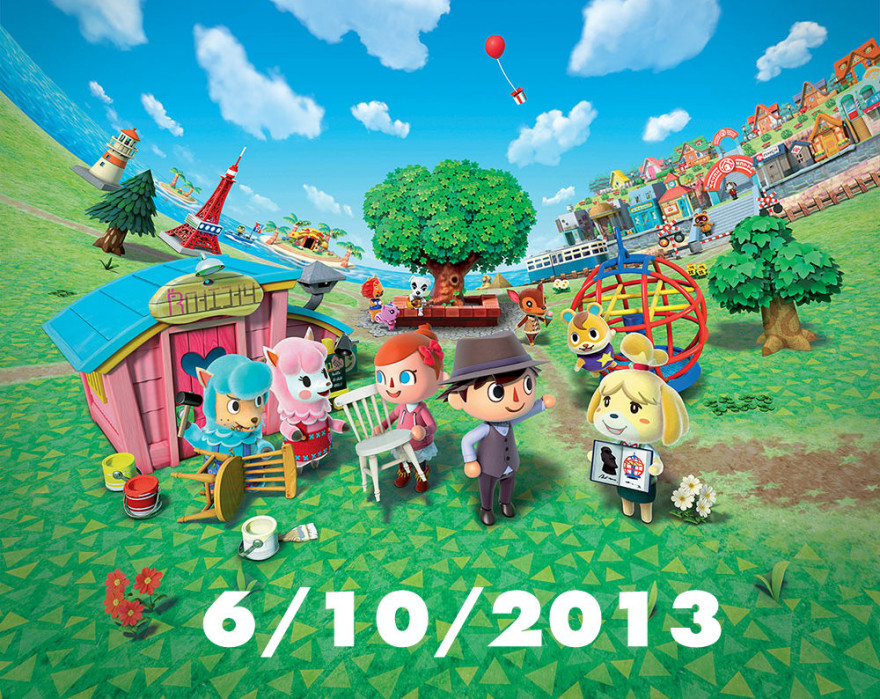 The Electronic Entertainment Expo finally begins with a host of conferences today before the showfloor opens tomorrow. Here’s a primer from The Guardian about just what to expect. In a word: noise.

If you’re not in Los Angeles for the show, hop on a plane/train to London and attend ETOO, a cheekily-named alternative to E3 and England’s answer to all that pomp and circumstance. (Disclaimer: ETOO was co-organized by the writer of above article.)

Tynan Sylvester, whose book Designing Games is out now, gave a talk at the Ottawa International Games Conference about what developers call “the simulation dream.” Read to find out why electrical outlets look confused.

Speaking of simulations, Animal Crossing: New Leaf has arrived on North American shores! Along with a brand-new 3DSXL design. Too bad they ditched the Real World parody TV ads, though…

Arguably the greatest thing to come from a Twitter account, Molyjam is back. The game jam based on @Petermolydeux’s tweets, themselves faux-suggestions inspired by Peter Molyneux, is returning this July. Get ready for world-changing hubris with a wink.

Tomer Kagan can tell the future. Or so he claims, well enough to grab almost $30 million in investments for his Quixey start-up, an app to help you find apps. So tell us, Mr. Kagan: How much will the Xbox One and PS4 cost?

Buried in the pre-E3 hype came the best news on the summer so far: A new game based on GameMaster CX, the Japanese TV show were Shinya Arino plays really hard games to completion, is coming to the 3DS.

And last but least, to counteract all the glitz and blam coming out of L.A. today, let us present to you a story, told by Gaijin Games and written by the Wii U players of Runner2: Future Legend of Rhythm Alien, about commitment, struggle, and the fight to remain relevent in an ever-shifting landscape. Enjoy.