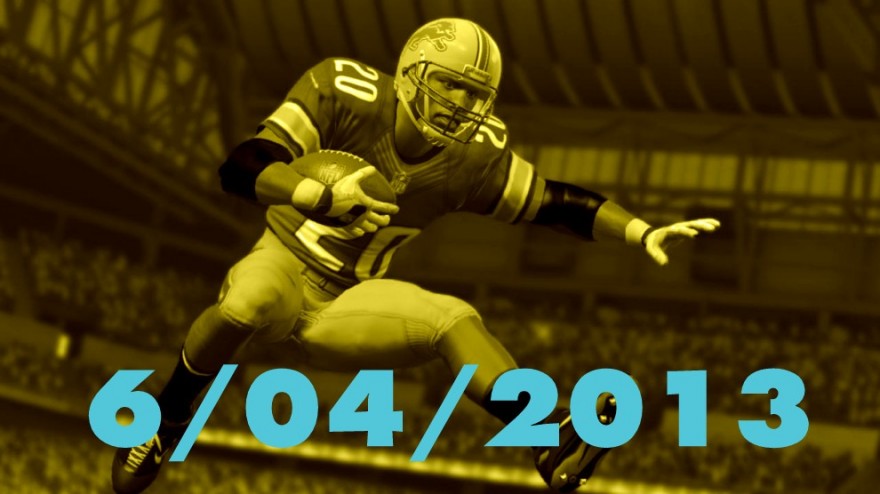 Let’s get the sad stuff out of the way: Game Developer magazine’s final issue is out now. Non-subscribers can download for free the last batch of post-mortems, Top 30 lists, and industry insight.

But not all is pity and woe! PopCap’s Plants vs. Zombies 2 is here, and it channels Back to the Future.

With summer unofficially in full-swing, now’s the time to start thinking about… NFL football. The new Madden 25th Anniversary Edition will come with promo codes for NFL Sunday Ticket, a cross-promotion so sly I’m amazed it hasn’t happened before.

That lush two-dimensional Minecraft-ian adventure, Terraria, is coming to all your favorite mobile devices.

Speaking of independent games we wish we’d thought of: Unwinnable’s new series of experimental games, discussed and dissected by the designers themselves, is almost upon us. Playable will feature a host of Kill Screen favorites, including Pippin Barr (Art Game), Jake Elliot (Kentucky Route Zero), and Andy Schatz (Monaco). Stay tuned!

And in the final ramp up to the Electronic Entertainment Expo 2013, let us not forget the smaller, quieter, more fragile beasts among us: Like laser-equired dolphins from the future. Behold, Dolphin Squadron. To my wet mammalian friends: Aim twice and shoot once.