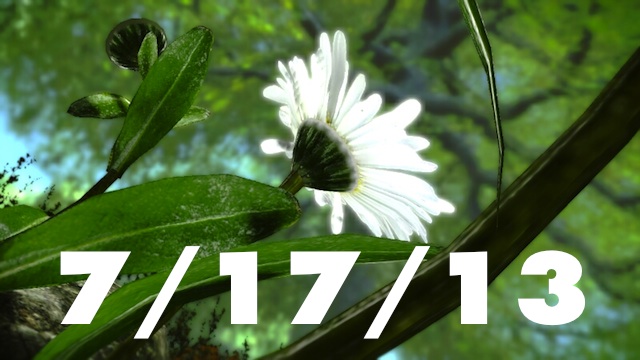 Disneyland started with a microtransaction model. It was 10 cents to ride each ride, 35 cents to ride each ride. And then ’71, Magic Mountain opens, and they say, “Screw that, one price, pay five bucks, get in, ride everything you want.” It’s simpler, and it has a magic feeling. Like, “Oh my God, this is great! I make a sacrifice to enter utopia, that feels like a naturally human thing to do, and I can do whatever I want.” It’s a magic feeling.

We don’t know exactly what’s going on in this Super T.I.M.E. Force trailer. But we like it!

Last night, a group of “mental athletes” played at Memory Games, a competition challenging contestants ability to memorize things on the fly.

Ars Technica has amazing grandfatherly pictures of Ralph Baer, the man who invented the first game console, and Simon! Also, a profile!

The HUD of an MMO looks like a spaceship switchboard when set next to the minimalist HUD of Metro: Last Light. It’s an important reminder of how the HUD can radically change the player experience.

If you enjoyed our outstanding feature from Issue #7 about what astronauts go through in zero-g, here are the difficulties of washing your hair in space. (That’s either an Xbox One sitting to the left, or a random black chunk of spaceship machinery.)

Things that are awesome about Precinct, the re-imagining of Police Quest:

1. It’s still designed by Jim Walls, the ex-cop who had no previous game-making experience.

2. He lives in a place called Bass Lake.

3. You’re [sic] car will spontaneously combust if you fail to do the vehicle safety inspection. (Unconfirmed!)