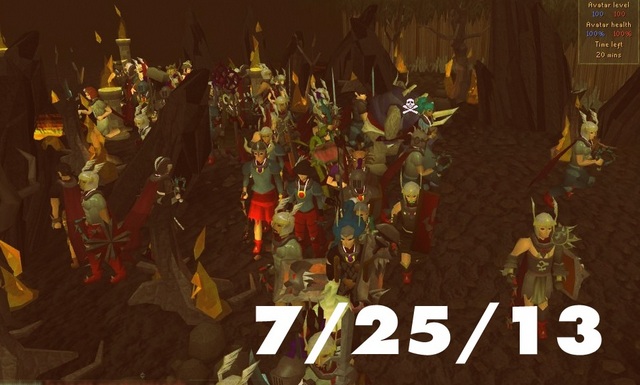 Neil Armstrong may have walked on the moon first, but he never had his name on a video game. Buzz Aldrin’s rose-tinted space goggles paint a rather different picture from our own dusty, bloody ones.

The Sims get a galactic twist in Redshirt, the newest life/dating-simulation game crossed with the (at times, deadly) tasks of “climbing the ladder” for a cosmic mega-corporation. Oh, and there are aliens and Spacebook–the latest social-networking craze in Galaxy Q2343-BX442.

Gran Turismo might be getting a movie, along with Need for Speed. We assume Vin Diesel will feature in both.

Runescape is back, which is exciting if you’re a middle schooler with nothing to do during lunch.

Is Nintendo putting on its big-boy pants and finally bringing indie games into the Wii U eShop? Barring any game designers from their own country, Nintendo has increasingly reached out to designers in America and Europe to develop titles for the WiiU. “Nintendo’s approach is slightly different,” said Phil Tossell, a designer for Nyamyam. “I think Nintendo is actively seeking indies, but they’re looking for quality, experienced developers that they can maybe form a longer term relationship with.” Groovy.

Worried that the re-release of EarthBound on WiiU got lost in translation? Rest easy, because the translator himself has stepped up to divulge the details of his process with interesting insight into why and what was localized.

Remember Nidhogg? No, not the mythological dragon—the totally vicious and long awaited sword pitching-slinging-fencing game that has only made exhibit appearances, until now. It’s finally getting a release by the end of the year.

If you’re a masochist, then starting August 8th, the Spelunky Daily Challenge will give you a daily boost after work. If you’re not a masochist, start practicing now to mitigate the oncoming feelings of inferiority.

Soak up all the JRPG you want with NIS America’s new Disgaea D2: A Brighter Darkness trailer. Looks good, but who the hell is in charge of hiring these voice actors?!

In January 2010, as rapper and producer Kanye West is taking the garbage out one day, he suddenly travels through a wormhole. Emerging on the other side, Kanye finds himself in the year 3030. In a dystopian city filled with clones of hip-hop musicians and under the control of a god-like dictator, can Kanye get back home?