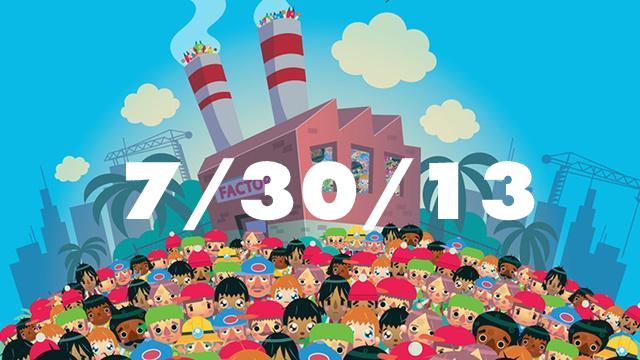 Late last night marked the end of Summer Games Done Quick, a speed-running marathon to help raise funds for Doctors Without Borders. After five days and one hundred eight total hours of gameplay, they raised over $200,000. Hoorah!

Execution Labs is a game incubator out of Montreal, and they’ve got $150,000 to give to indie studios that graduate from their program. Throw in a year of poutine and it’s a deal.

“[Heavy Rain‘s] horrendously awkward sex scene is one of the main things that kept players from truly suspending disbelief.”

Get your George R. R. Martin fix with Liege, a modern take on classic role-playing mechanics from Coda Games. It reached all funding goals and will be coming to most every platform under the sun in 2014.

If you’re in New York and you’re thirsty, swing by Barcade tonight from 7pm to 10pm and check in on the New York Videogame Critics Circle hang-out. Founder (and author of All Your Base Are Belong to Us) Harold Goldberg even wrote a poem about it!

Neil Gaiman, he of Sandman and Mr. Amanda Palmer fame, has announced he’s working on a game with KS fave The Odd Gentlemen. Wayward Manor is allegedly inspired by, among other things, living in New England. Get ready for bad drivers and cold, impersonal service.

Mike Mika proposed via Game Boy Color back in 1999. Now Mika tells the gents at Wired’s Game|Life about his most successful game ever. (Or read Chris Baker’s piece about Mika in Kill Screen Issue #3.)