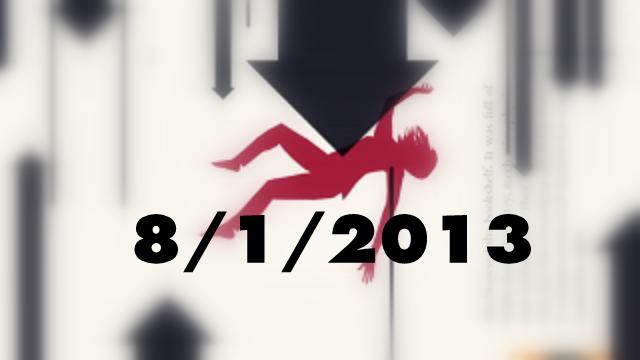 The Game Science Center in Berlin, an interactive video game museum slated to open in December 2013, has announced its first official exhibit, Sound Self, an “adventure of light and sound explored with your voice.” Jawohl, bro.

If you liked Bioshock: Infinite but wish it took place in the original’s setting, wish no more: “Burial at Sea” downloadable content is taking Booker and Elizabeth back to Rapture.

Does anybody else feel like this poor guy after Steam’s Summer Sale? (Via Tiny Cartridge. Okay, it was a slow news day.)

Bertial Horberg’s Gunman Clive was a dapper rendition of classic run-and-gun action plastered on an Old West canvas. His next inspiration? Top-down Zelda. Go on…

Speaking of Nintendo: The Kyoto-based games giant announced a net income of $88 million for the year’s first quarter. Seriously, when will they just close up shop and start making phone games? (Please hear our sarcasm.)

Q: Is it true you said you wanted Lightning-san’s size from a C cup to a D cup?

Simigo has perked up our collective ears once again with a teaser trailer for their next “game,” quotation-marks theirs. Device 6 has our attention.