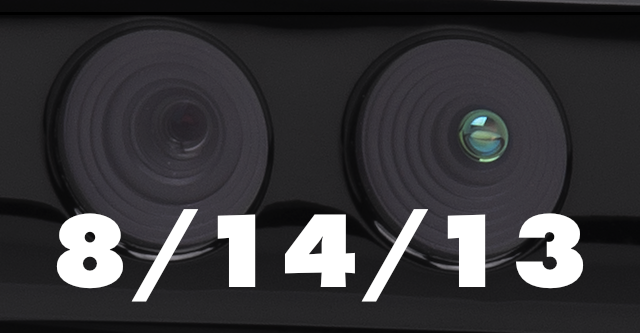 After a summer of internet-wide freak-outs over privacy issues, Microsoft has changed their tune. A camera that could watch everything you do is no longer mandatory for the Xbox One to operate.

[League of Legends is] blocking Satanists’ right to freedom of religion by preventing them from using the name Satan.

—209 satanists who are petitioning the game on Change.org

NASCAR driver Brad Keselowski raced through Watkins Glen in video games as a kid—now, he’s racing on the real thing.

That Dragon, Cancer has the potential to be the most heart-wrenching game since Papo y Yo, and it’s coming to OUYA first. Cue Terrence Malick voiceovers.

The fantastic Dropchord has made a believer out of me. But in case you still need convincing, Creative Applications has ten awesome programs that uses the Leap Motion controller in unprecedented ways.

Project Phoenix is a Kickstarter-backed indie JRPG with a triple A development team. Watching the nine-minute pitch video almost feels like watching a nine-minute cut scene, but that’s forgivable.

SkyDIEving looks to simulate skydives and dreams of free-falling in virtual reality on the Oculus Rift. For once I’m thankful there’s no video. This sounds cruel and unusual.