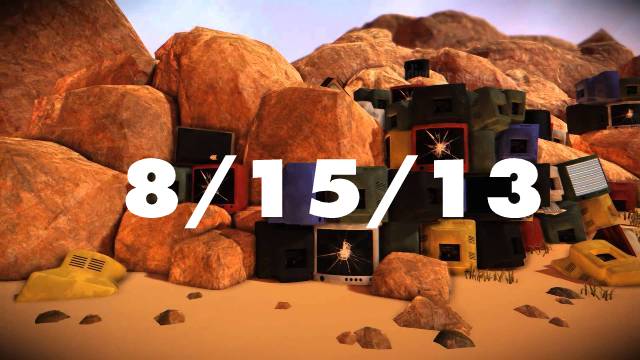 The total time spent playing Call of Duty [25 billion hours] is longer than the entirety of human existence.

From an unsettling infographic put out by Activision to herald the coming of their newest iteration, CoD: Ghosts, coming this fall.

Many of the puzzles are made so that it’s actually more comfortable to control with one controller. It’s like tying your shoelaces – if you’re going to tie it with someone else, it’s going to feel strange, but when you tie it alone, you’re more comfortable. That’s the idea.

Swedish film director Josef Fares on his first foray into game design, the new XBLA game Brothers: A Tale of Two Sons, where the player controls each brother separately with the right and left thumbstick.

Are we the only ones who think it’s funny a company named HyperSloth made a game about sleeping all the time? But for real, Dream looks dreamy.

Would you rather listen to FEZ, World of Goo, and Monaco than play them? Perhaps while driving? The Games Music Bundle is here for you.

No more zombies. Enough with the zombies! Okay just one more zombie. (Or three.)

Tony Swatton, professional blacksmith whose made weapons for film and TV, from Buffy the Vampire Slayer to The Hunger Games, has created Link’s Master Sword. It’s so much easier when you find it in your local Temple of Time.