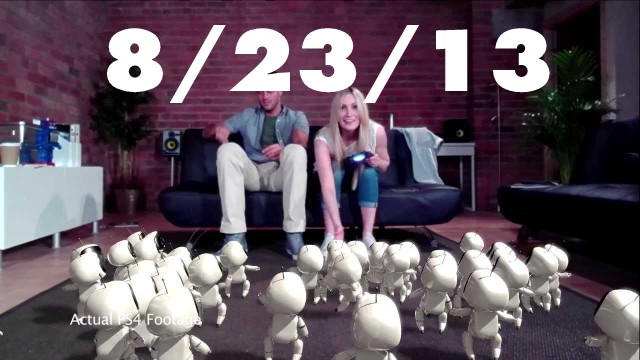 Apple TV rumors continue to heat up, this time focusing on an app-focused approach with content from ESPN, HBO and others. Might a Games Channel be the iCompany’s first shot fired in the console market?

“The eyes you look through are curious, but not leering. For a game about searching through people’s stuff, it’s not encouraging you to be creepy.” Claire Hosking for Polygon on how Gone Home creates a believable female character.

We play on our computers all the time. What if we played in the computer? This isn’t Zoolander hogwash, but a new concept by Evenlend Games called AdventurOS, where the contents of your hard drive determines level layouts, enemies, and treasure. Finally that unfinished NaNoWriMo draft becomes the terrifying boss it was born to be.

Learn how an editor at PC Gamer threw off the shackles of writing news stories and made one of 2013’s best games, Gunpoint.

If you missed it the first time on 3DS, Castlevania: Lords of Shadow: Mirror of Fate is getting another addendum — HD. The handheld whip-slinger comes home to PS3 and Xbox 360 this fall.

The living room just got augmented reality’er: Sony’s Playroom tech demo will be pre-installed with every PlayStation 4. Get ready to douse your flaming head.