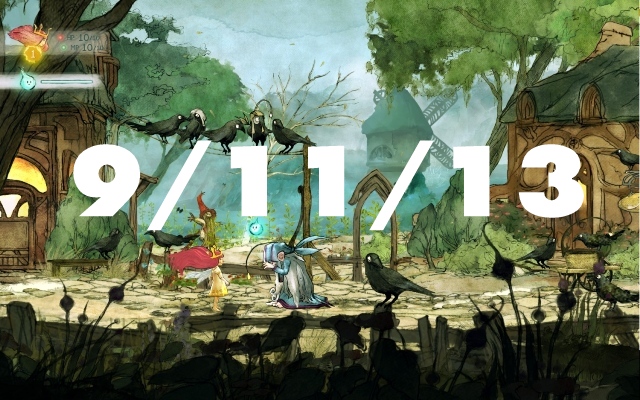 The director of Far Cry 3 has a new project: a beautiful side-scrolling role-playing game called Child of Light. Yes please.

David Kushner, author of books on the making of Doom and Grand Theft Auto, has published a feature on Rolling Stone’s website that obstensibly is about hackers, but is really a showpiece for snazzy HTML5.

If games are not art, they sure sell for art-like prices. An old Commodore 64 version of prehistoric platformer Chuck Rock has sold for over one thousand Euros. Time to scour mom’s attic, people.

Speedrunner extraordinaire Bananasaurus Rex has both the greatest speedrunner handle and the world record for Spelunky‘s notorious “hell run.” This is what greatness looks like.

Colm Toibin’s novel The Testament of Mary might be the book world’s Journey. The finalists for the Man Booker prize, the United Kingdom’s highest literary honor, have been revealed, and Toibin’s novella, at 96 pages, is eight times shorter than the longest entry. Proof that size doesn’t matter?

River City Ransom, that wacky little beat ’em up for NES that’s gained a cult following over the decades, is getting a kinda-official sequel. If you know what “BARF!” means, you’re probably excited.

Apple finally announced their next phone-cum-gaming-devices: The iPhone 5c and 5s. One is plastic, the other is 64-bit. It’s like we’re transported to 1993! #DOTHEMATH