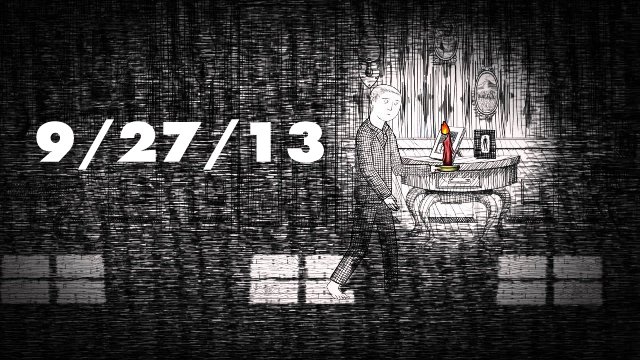 Rockstar has pulled the curtain back on their yet-to-be implemented online mode for their Grand Theft Auto V. Among the “features”? The ability to buy in-game cash using real money to bolster your funds.

Speaking of controversial sequels, there’s a new kind of Super Mario Bros. 2. Super-fans of the film Super Mario Bros. starring Bob Hoskins and John Leguizamo, have begun work on a comic that continues where the film left off. Whether turnips will be tossed has yet to be revealed.

The maker of Retro/grade has a new psychological horror game in the works, Just days remain in its Kickstarter campaign. Help Matt out or he will haunt your dreams. (Bonus: The game looks super-crazy rad, too.)

Stephen Bruner, AKA the master bass technician Thundercat, has released a track called “Bowzer’s Theme” in honor of former Nintendo president Hiroshi Yamauchi’s passing. It’s somber and crack-a-lackin’ all at once.

Play the latest FPS—that’s Food Practice Shooter—and learn to love vegetables! See, games can be good for you.

Engineering students at the University of Michigan are pushing that ideal even further. This year they’re working on software to help Grace, a young girl with cerebral palsy, communicate using a joystick, buttons, and Kinect. And last year they developed games for disadvantaged children.