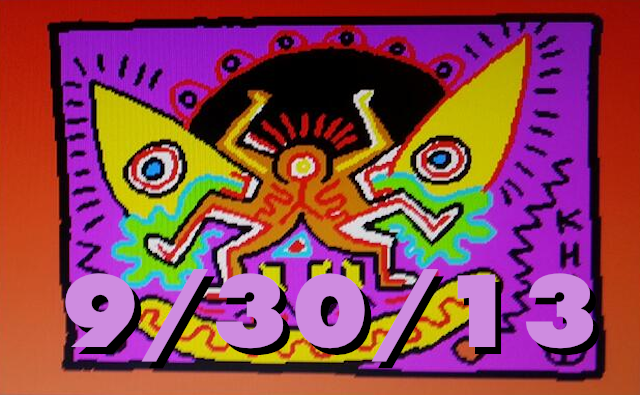 Timothy Leary’s rough years as a game developer was one of the first things we wrote about on this very blog. Now, a slew of his lost abandoned projects have been dug up. Exciting stuff! (That’s Keith Haring’s MS-Paint contribution to Leary’s canceled Neuromancer game up top.)

After the petrifying Amnesia: A Machine for Pigs, we along with the rest of the internet are nervously anticipating Frictional Games’ next big scare.

We (as women) serve, and put in just as much time, work and dedication as our fellow male soldiers do. And we reserve the right to defend our country whether it’s in real life, or in video games.

-Ashley Shaffer, a Marine with two tours of duty in Afghanistan

Sense of Wonder Night, in Tokyo, puts a priority on highlighting indie games that burst with creativity, such as this one! Museum of Simulation Technology is Alice in Wonderland meets MIT.

Just last week we thought aloud about a device that would combine a keyboard with a controller. Well, Valve’s Steam Box controller does just that, and looks bloody brilliant!