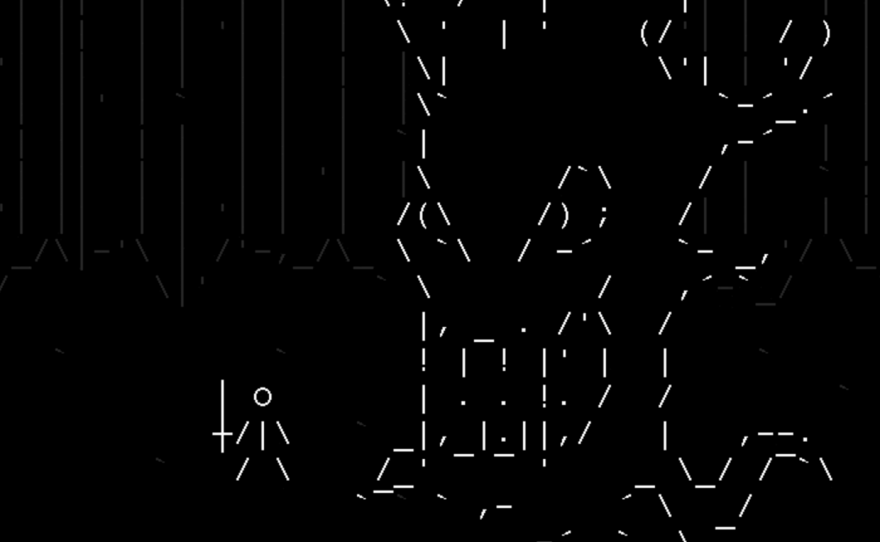 Thanks to the events of 2016, a lot of us are starting to get used to the concept of living in a society filled with evil. Stone Story is way ahead of you. The game is set in “a dark and vile world,” populated with haunted trees, reanimated skeletons, giant snails, and antagonistic bats. The protagonist is on a quest to change it all.

carefully animating the game for over two years

Stone Story features four boss fights, six unique locations, and multiple cutscenes, all animated in plain text ASCII style, with characters and weapons built from recognizable keyboard symbols like hyphens, parentheses, and semicolons. Developer Standard Combo has been carefully animating the game for over two years now, and the lo-fi visual style is inspired by artwork from the 90s.

These retro visuals are combined with largely automated gameplay, where you equip the AI-controlled protagonist with gear and items of your choice before sending them out into a realm filled with evil to fight, loot, and explore without the player’s guidance. There’s also a crafting system that allows you to combine otherwise disposable items looted by the protagonist to create something useful. Maybe, if you play your cards right, you can use them to make the world a little less evil.

Stone Story doesn’t have a release date yet, but the developer plans for it to be published on Windows, Mac, Linux, iOS, and Android. Standard Combo is run by one man, Gabriel Santos, whose prior use of ASCII animation can be seen in his first game, Pyramid Builder.