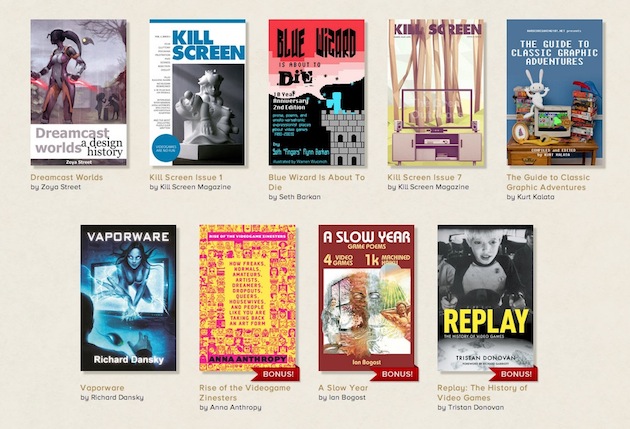 The StoryBundle is a collection of outstanding zines, magazines, guides, and even poems about videogames. And we’re not just saying that because we’re among them. (Issues number 1 and 7 are included.) We’re seriously honored to be featured alongside great writing about games such as Rise of the Videogame Zinesters by Anna Antrophy and A Slow Year (actually a game, not a book, but still literary) by Ian Bogost. So if you like to read and love games, or vice versa, there’s no humanly possible way that you’ll be disappointed.