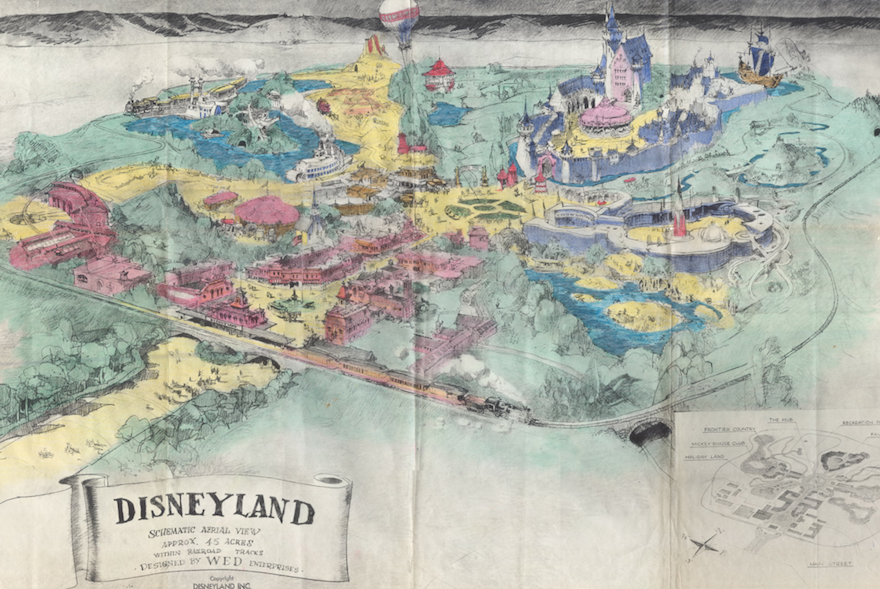 The original prospectus for Disneyland has been revealed, and jolly gee is it great. Boing Boing has gotten ahold of the 6-page written document that explains Walt’s mission statement in detail. The booklet is full of strange factoids that will tickle the fancy of any Disney fan, like how the park intended to sell miniature, 30-inch tall ponies by mail order catalog. But the real draw here is the map, a whimsical, hand-drawn centerfold that captures Walt’s original ideas for the park.

And it’s pretty recognizable as Disneyland: the haunted house on the horizon, the steamboat ride, the railroad girding the perimeter. What’s fascinating about the drawing to me is how it documents a utopian vision of long ago that was actually built and you can still go to: True-Life Adventureland, Fantasy Land, The World of Tomorrow, Frontier Land. Well, the Jetsons-y “slidewalks” never materialized, but most of it is here.

Be sure to check it out over at Boing Boing.