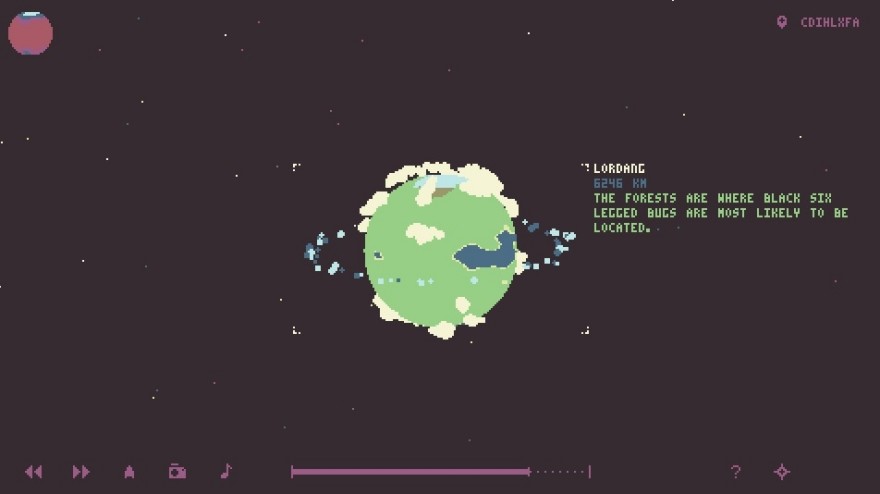 Send a person to the Moon and they’ll come back with stories about the Earth. Why is that? All the scientific guff aside, the Moon isn’t all that interesting; it’s a rock with hardly anything on it besides large, dark, basaltic plains. But what the Moon does offer is a brilliant view of the Earth and it’s one that only a handful of people have been able to consume so far.

all that’s left is the beauty

One of those is Frank Borman, the Commander of Apollo 8, and one of the first humans to see Earthrise from the Moon, back on December 24th, 1968. He had a few things to say about the experience. “The view of the Earth from the Moon fascinated me—a small disk, 240,000 miles away. It was hard to think that that little thing held so many problems, so many frustrations. Raging nationalistic interests, famines, wars, pestilence don’t show from that distance,” Borman said to Life magazine in 1969.

He’s right. From what I can glean after having spent a significant amount of time with Daniel Linssen’s Planetarium, you cannot make out the politics of a planet from such a distance. There aren’t even specks of life visible. And with that detachment all that’s left is the beauty held by the planet’s formations of rock, greenery, ice, and water. The game doubles down on this by applying some chill, electronic bleeps and spacey chimes over the top, and the result is relaxing enough to make you drift off with a smile upon your face.

Planetarium does a little more than provide a lullaby-like experience, though. You’re given no task but there’s plenty of information to take in. You find planets not by travelling to them but by typing in a random word or series of letters. Once the planet is brought before you, it’ll spin at speed to show you all its sides, as if trying on a new suit and asking for your opinion. The only other interactions you’re granted is related to temperature.

You can bring up an alternate “temperature view” of the planet in swelled purples and blues. It’s undeniably pretty. But the purpose for it being there is to aid in your experiments with rising and decreasing that planet’s heat. At its coldest, a planet will usually be light blue with ice, while at the hottest you’ll often see a dark blue orb as the melted water has flooded the surface. In between those extremes you can get anything from lush forests to continents entirely made out of exposed rock. And somewhere amid all of that variance lies a tiny sweet spot that allows life to thrive.

The type of life and the conditions that it requires to exist changes greatly from planet to planet. There are arachnids stomping through forests and beasts hurdling over mountains to find if you’re thorough enough in your experiments with the temperature slider. But what each planet’s specific conditions reflects is how much a miracle it is that there’s life at all. It’s such a small slither of a chance, and that’s only taking into account the temperature of the planet in Planetarium, and not the many other factors that inform the creation of life in our actual universe.

While that may seem uplifting it simultaneously acts as a reminder of our own insignificance. And so what Planetarium may lead you towards realizing is Neil Armstrong’s more ominous reflections on life on Earth after having seen our planet from his distant view of it from the Moon. Armstrong famously recalled putting his thumb over the Earth, which he described as a “tiny pea, pretty and blue,” blocking it out from his privileged perspective of the universe. “I didn’t feel like a giant. I felt very, very small,” Armstrong recalled.

You can download Planetarium at a pay-what-you-want price on itch.io.