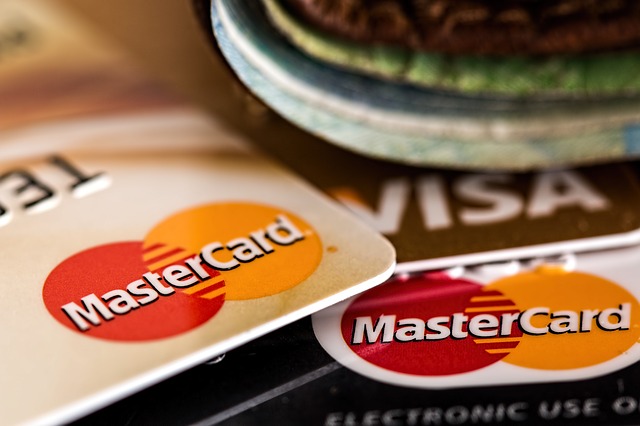 The Chinese government, with the assistance of national internet oligopolists Alibaba and Tencent, is in the process of introducing a new form of credit score that will factor in political compliance, the actions of one’s acquaintances, and the products one chooses to buy. Under this scheme, buying videogames is a surefire way of lowering your credit score.

That’s right: A Chinese national who purchased The Witcher 3 will have a harder time getting a loan.

The credit score ostensibly exists to simplify the task of deciding who should receive money from financial institutions and at what rate. Based on a series of inputs, it presents an individual’s likelihood of paying back their creditors as a single number. If you want anything—a house, a car, a bridging loan when you lose your job—you will benefit from having a good credit score. And that’s why the credit score is more than a dispassionate snapshot of your financial prospects; it is a target that can shape your behaviors. This is not always a problem. Bettering your credit score can involve such reasonable practices as paying bills on time and lowering your debt burden. At the margin, however, the importance of a good credit score can encourage behaviors that have no real financial value.

credit scores can encourage behaviors that have no real financial value

The most generous interpretation of China’s new credit score is that there’s some heretofore-unknown connection between creditworthiness and gaming. Maybe all Halo players really are louts after all! Just don’t bet it. There is no reason to believe this new credit score system is an act of good faith. Any credit score that counts the voicing of political opinions without prior approval against a citizen is clearly prioritizing behavior modification over sound economic reasoning. There is a clear threat implicit in this credit score calculus: Any behavior that the government finds undesirable could result in one’s access to credit being cut off, and as John Lanchester rightly notes in I.O.U., his masterful survey of the credit crunch, credit underpins the entirety of modern finances and life. If you want anything, then, the Chinese government is telling you to get in line.

The new Chinese system is clearly extreme but it would be a mistake to view it as an outlier. “China’s nightmarish Citizen Scores are a warning for Americans,” writes the ACLU’s Jay Stanley. He argues that fears about this sort of abuse of big data are too often dismissed as merely theoretical. This claim is echoed by Computerworld’s Darlene Storm, who points out that Chinese citizens can already track their new credit scores on an app called Sesame Credit. The system doesn’t come into effect until 2020 but it will likely have an early effect on citizens’ choices. This is the most chilling version of the phrase “building a credit history.”

Sesame Credit’s may look familiar to the American viewer, and with good reason. It has basically the same interface as Credit Karma, a free app with 75,000 ratings across its many versions in iTunes. (Download data is not publicly available.)

Credit Karma doesn’t encourage you to give up gaming or political speech, but that’s only because those are not variables in the FICO score model, which has been used to calculate American credit ratings since 1989. If tomorrow morning America’s three credit bureaus, Experian, Equifax, and TransUnion, were to give in to a fit of madness and declare the purchase of games a credit risk, Credit Karma would become Sesame Credit. For now, America’s various credit score apps are still trafficking in a similar form of gamification. Indeed, while China has pioneered the inclusion of gaming in credit scores, perfecting one’s score has always been something of a game.

One of the factors in a FICO score is an individual’s credit history: past payment of debts is used as a predictor of future payment. If you want to maximize your FICO score, then, it makes sense to buy things on credit and pay them off on schedule. There is no reward for paying off your debts early, even if that’s often a sound decision. In fact, credit scores discourage paying for your purchases in cash, even though that’s often a good idea if you have the means. This is why your credit score is conceivably better than Warren Buffet’s. Buffet is obviously the likelier bet to pay off a $10,000 loan, but a simplistic model that depends on credit history cannot know that. In that way, credit scores can encourage actions that have no intrinsic value. Credit Karma, like Candy Crush, is all about grinding.

The similarities between China’s new credit score and American credit ratings don’t end there. In August, it was revealed that Facebook had filed a patent on a system for using social networks to determine creditworthiness. “If the average credit rating of these members is at least a minimum credit score, the lender continues to process the loan application,” the patent explained. “Otherwise, the loan application is rejected.” Facebook’s patent has yet to be put to use, but it is nonetheless concerning. Would you cut ties with friends to improve your chances of home ownership? A number of payments startups, including Affirm and LendUp, are attempting to use social media data to glean creditworthiness. The Wall Street Journal‘s Douglas Macmillan reports: “Even Fair Isaac, which provides the FICO scores used in more than 90% of lenders decisions, says it is weighing possibilities for incorporating social media.”

Make no mistake; credit bureaus would integrate game purchases into their calculations in a heartbeat if they had a way to measure this data and a reason to believe it reflected one’s ability to repay debts. That is not why China is factoring game purchases into its new credit scores, but it is the outcome citizens of other nations ought fear most. Games are repositories of data about human behavior and choices, and at some point a financial institution will try to put this data to use. Here’s hoping The Beginner’s Guide speaks well for us all.