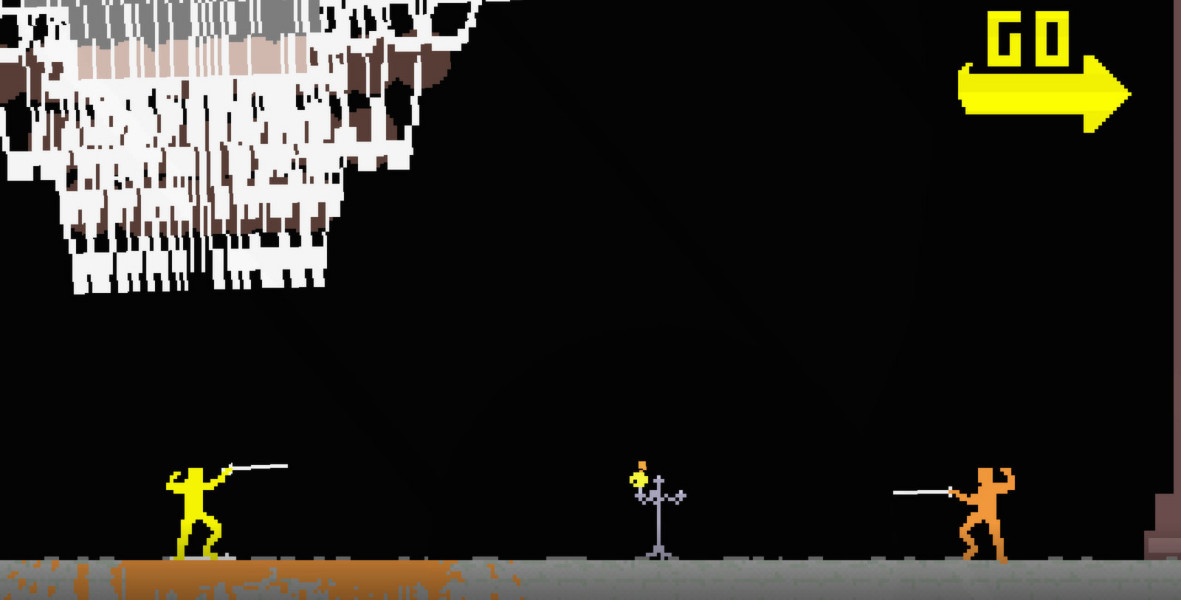 When I was a teenager, I’d spend my weekends in dark rooms in the West End of London surrounded by my ne’erdowell peers. There were no windows. Everything was lit by bright lights, flashing strobes and the music was totally frenetic, pumping, intense. We’d emerge hours later bleary eyed, all our money spent, no concept of time. Needless to say, our parents were concerned.

Like bowling alleys, arcades were social spaces in the way that the cinema never was. They were also automated markets, each machine promising the most intense bout of fun for my pound coin. There were various ways they could indicate this: the physical form of the racing games or the accessories of the First-Person Shooter, for example. We even had Virtual Reality back then. It was terrible but damn there was a lot of it. None of this came close to the one true indicator of fun though. Just like any physical market, it was about the sound each machine made. It was really the soundtrack, blaring out and vying for space over the competition that would make you think: this one, this one is going to be the most fun. It had to be loud, brash and visceral. We were quite aware that our time in that world would, in all likelihood, be a short one. So it was important to make it count.

Many of the games that started off as arcade hits moved to home consoles, of course. Mortal Kombat, which I wasn’t allowed but played at friend’s houses, had everything: bloody violence, signature moves, media controversy and an absolutely slamming soundtrack. It was Belgian industrial techno, born out of the late 80s rave scene and honed in warehouses across Europe. In 1994, to coincide with the home release of the game, The Immortals released an album featuring a track for each of the playable characters. They were better known as The Lords of Acid, whose hits included gems like “I Sit on Acid” and “Rough Sex.” No wonder our parents were concerned.

Even games that didn’t start in the arcades were infused with much of the ludic and aesthetic language of those spaces. Streets of Rage, for example, was designed for Sega Genesis and only ported to arcade machines later on. Its iconic soundtrack by Yuzo Koshiro was all soulful synths, with none of the speed-addled hyperactivity of The Immortals. Contemporary electronic musician Ikonika cites the second game as a key influence on her own music, describing it as “so musical, put together really well, emotive.”

“It’s crazy that computer music from the time, being so limited, could really inspire someone like myself,” she says. Streets of Rage 2 was “night time music, techno and jazzy at times … but there was always that melancholy there.”

Ikonika’s first album is, among other things, a homage to the pleasure of arcade games. She places the SOR2 soundtrack, along with that of Sonic 3, in the context of the rest of her musical influences at the time, saying that it was “relative to what I was already listening to, things like Michael Jackson’s Dangerous, Teddy Riley and GUY, Jodeci and TLC. Basically a lot of New Jack Swing and R&B.” She defines her taste as “tunes with glide, funk and whiny melodies”—something she was able to find uniquely juxtaposed in these early game soundtracks.

Ikonika’s not the only electronic musician to be influenced by the games of their childhood. Flying Lotus and Hudson Mohawke are both avid videogame fans, with the former curating his own radio station on GTA V, which included material from Tyler, the Creator, allegedly a big fan of the series himself. Daedelus, meanwhile, composed the soundtrack to the modernized arcade insanity of Nidhogg. When I spoke to him about his involvement, he explained that he had a “Nintendo-laced childhood” so could “relate to such fast-paced fun.”

Is it really just a question of pace though? Does dance music fit games because games are fast and dance music is, too? Listening to the Streets of Rage soundtrack alongside Ikonika’s work, it feels like there’s something else going on. The pace is languid; there’s a sense of low-lying menace but throughout there’s the beat, the glide, the funk. It doesn’t need to be fast for you to be able to dance to it, and it would seem that music you can dance to is pretty good to play games to as well.

This isn’t true of all games, of course. I can’t imagine playing Civilization V to a Hudson Mohawke soundtrack. The games that fit into the arcade model though, the Nidhoggs and the Hotline Miamis, require a soundtrack with beats. It’s not just the hangover of the arcade generation, nor a sense of nostalgia (though this may have a part to play). There are genres that fit with dance music because you are in fact making your avatar dance.

Stay in time. If you’re out of time you’re dead.

Certain games, particularly platformers and beat’em-ups, are designed as excuses for elaborate choreography. Beat’em-ups are about difficult combinations of individual moves that rewarding when executed perfectly. (This is why they often feature instant replays.) Platformers control your movement through the obstacles they present you with. These obstacles are, by definition, not realistic. A realistic platformer would be incredibly boring. There’d be no scope for extraordinary, perfectly timed jumping. Both genres are designed in order to allow you create your own virtual choreographic sequences. The fighting and the platforms are just the excuses you need for these displays of virtuosity. A game like 140 takes this relationship to its logical conclusion, providing you with a soundtrack that you have to respond to in order to complete the game. You jump at the beat, just like learning a dance. Stay in time. If you’re out of time you’re dead.

I was recently at an event in Copenhagen where the composer of the 140 soundtrack played it in its entirety live. He had adapted it, of course; we weren’t actually watching him playing the game. The game itself was available to play in the corner of the room but most of the people there were dancing. Were we dancing to videogame music?  Perhaps only because most of the people there knew that the music was from a game.  If someone had just walked in from the street, they would have no idea because these boundaries are blurring so quickly and, as The Magnetic Fields once said, “nothing matters when we’re dancing.”