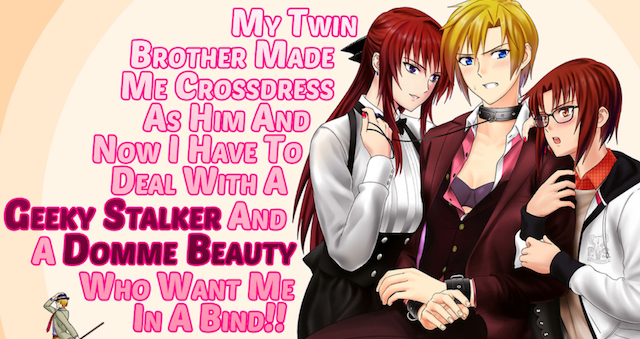 There’s not much to go on aside from the title and the fact that it’s a dating game at this point, but luckily that title says a lot. My Twin Brother Made Me Crossdress As Him And Now I Have To Deal With A Geeky Stalker And A Domme Beauty Who Want Me In A Bind!!, or Ladykiller in a Bind may be the most descriptive name for any entertainment ever.

Love also mentions that the game will play similarly to the social link portions in Persona 3 and 4, but less idealized, with all the casual manipulation and push-and-pull that comes with dating in real-life. Also included: kinky sex.