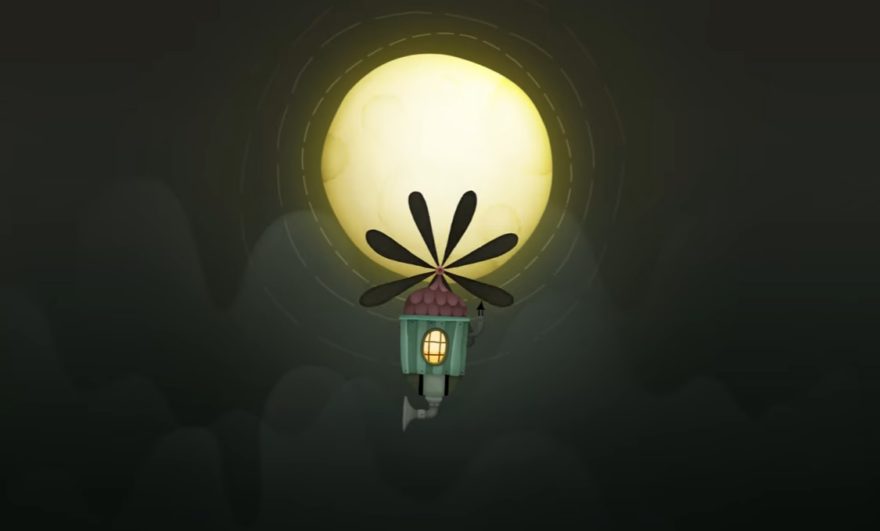 Around this time of year you can expect a number of things to definitely happen. One of those is that a bunch of shallow Christmas-themed games will turn up, hoping to feed on your festive spirit to turn a profit. Perhaps that’s mean spirited, cynical even, but hey, it’s true. In any case, it’s this annual event that has inspired Damir Stuhec and Lea Vervoort to create a Christmas game called Moonlight Express that they hope doesn’t feast so much on your good will.

Stuhec is a programmer based in Slovenia and first got in contact with Vervoort,, who lives in the Netherlands, around three years ago. “In one of our first Skype calls, Damir told me he didn’t like the existing Christmas games on the market. They all had the same approach,” Vervoort told me. “He wanted to make something that was more original. It had to stand out and most of all look different. I agreed. A lot of Christmas games are part of the over-the-top commercial Christmas craze, which is more about decorations than being together.”

“Moonlight Express is about endorsing the idea of equality”

The pair started off by coming up with their own fantasy land that they could set their game in. They didn’t want to have any of the usual imagery so heavily associated with Christmas. “I wanted to create a Christmas game that is not about Santa struggling through chimneys, reindeer, elves, materialism or anything like that,” Stuhec said. One idea was to set the game on floating islands in the sky, another saw them exploring the notion of a world that is half underwater, and a third idea involved a universe with inverted physics.


In the end what they settled on was a Civic Skyscraper city, “a place with endless vertical buildings.” This suited the touch controls of the mobile game they had in mind to make too, as at a press of a button, gifts could be shot at the balconies of the houses by a vertically-travelling vehicle. “This made it easier for everyone to understand the intent of our game,” Vervoort told me. That intent is more than to make a Christmas game that doesn’t look like any other, although that is part of it. It’s born from seeing how effortlessly Christmas can bring people together and wishing that everyone gets to experience it.

“Moonlight Express is about endorsing the idea of equality and making sure that every single child, no matter where or in what kind of conditions it lives, deserves to experience the magic of Christmas,” Stuhec said. The whole idea of the game, then, is to make sure that every person in every house receives a gift no matter what. To imply that it’s the duty of everyone to help each other to enjoy this time of year with those who love them, the pair replaced Santa and his magical sleigh with a young boy called Palti who has an over-night delivery service. If Palti can do it then so can we all is the message.

You can purchase Moonlight Express on the App Store for $1.99 starting December 16th.