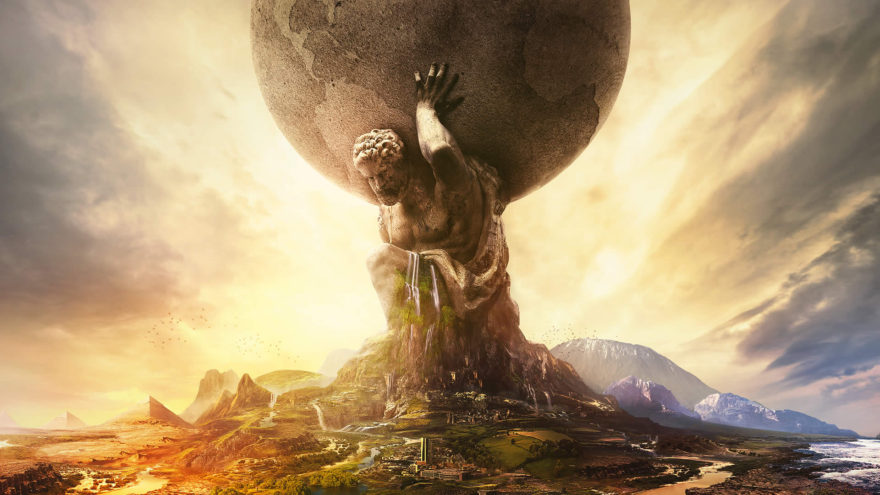 Before Civilization VI’s official release date, those with access to the unreleased version of the game were treated not to the ‘official’ theme on the game’s title screen, but with what would prove to be the theme music for the American civilization. The piece is a combination of two very different, very American pieces of music: the opening is lifted straight from Aaron Copland’s “Fanfare for the Common Man.” The rest is an orchestral arrangement of “Hard Times Come Again No More,” a 19th-century parlour song by Stephen Foster—the man who wrote mainstays like “Camptown Races,” and “Oh, Susanna.”

The first is a brass-based commission that stemmed from America’s entry into World War Two, and was meant to invoke, in some way, the democratic spirit and the seriousness and dignity inherent to each man and woman. The second is more whimsical, while the tune is more comforting and folksy. Despite the song’s subject matter—a reminder that sorrow is just around the corner—it is still comfortingly small, reminiscent of Foster’s other works, which are now mainstay nursery rhymes. In a word, the second component of the American civilization’s theme is a certain kind of levity.

The theme encapsulates two binary poles that the various versions of Civilization have tried to navigate over the years. On the one hand, the series carries itself with a seriousness due to trying to capture the scope of human history and the weight of our species’ works; on the other hand, it is merely a game, and has never permitted itself to be taken too seriously—think of, in Civilization IV (2005), hearing Leonard Nemoy ‘quote’ the satellite Sputnik by saying “Beep. Beep. Beep.” The videogame has to be light, after all: nothing sours a mood by realizing that your conquest of a city has cost literal millions of lives. But, at the same time, Civilization has never been so light as to lose its reverential attitude. The “in joke” of Gandhi as a nuclear sociopath is a regular feature of the Civilization series, but the game nevertheless pays tribute to Indian culture and heritage with Varos, Stepwells, and a religious mechanic that recognizes the country’s diversity of faith.

What’s changed with the latest incarnation is that it seems to be pursuing levity over awe. Take, for example, the quotations that accompany each scientific discovery. These epigraphs have been a feature of Civilization since IV, but they’re never been so uninspiring. You can contrast the tone of that for the writing technology in Civilization V (2010)—John Milton: “He who destroys a good book kills reason itself”—with that in VI—Mark Twain: “Writing is easy. All you have to do is cross out the wrong words”—and not feel as though there is something emotionally flat about the tech tree’s connotations. I mean, the sanitation technology quotes Life of Brian (1979)—“Apart from the sanitation, the medicine, education, wine, public order, roads, the freshwater system and public health … what have the Romans ever done for us?” It’s cute, but it’s not emotionally moving in the way the series has always tried to be. 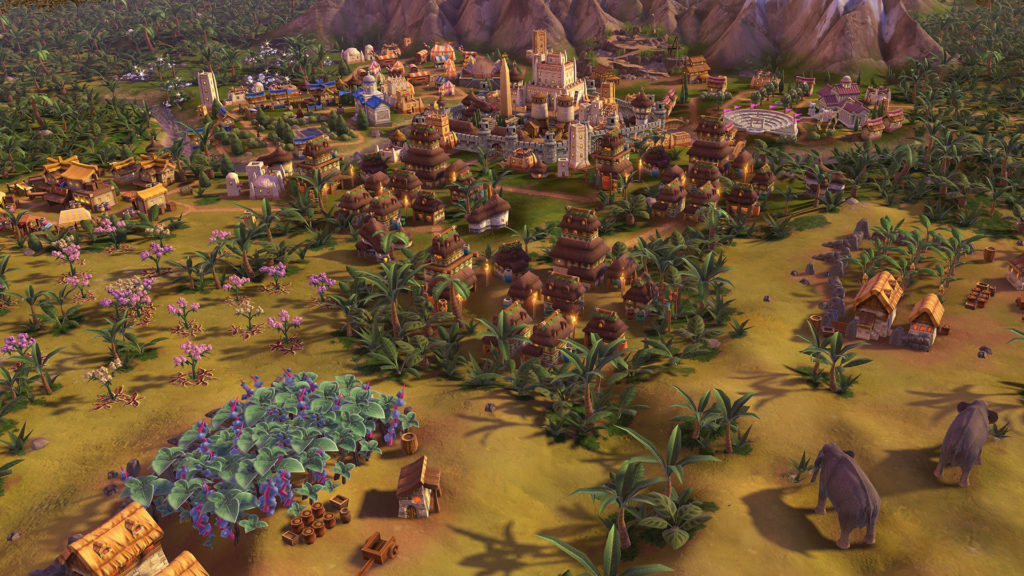 This kind of levity or humor extends throughout the entire game: using the workers to repair a pillaged farm has them cartoonishly jump around, furiously rattling their hammers as they fix things. The caricatures of various world leaders vary from Gaston-like Gilgamesh to roly-poly Qin Shi Huang. Indeed, fan reaction after the reveal of a simply corpulent Teddy Roosevelt led to Firaxis dialing back the hyperbolic nature of his caricature. This exaggerated quality even extends to the AI: in an attempt at differentiation and distinction, computer-controlled civilizations now have specific agendas. Montezuma wants to have the most luxury resources, while Qin Shi Huang dislikes those who have more wonders than him. What this leads to is hyperbolic, Saturday-morning-cartoon-villain overreactions: Huang declared war on me when I had a single Wonder more than he did, and spent the rest of the game stewing in utter resentment and incessant denouncements.

The city district system fits neatly into the game’s marriage of its native sense of levity with this sense of exaggeration—of growing larger and more pronounced, for what is a sequel but more of the same? Cities, once limited to a single tile stuffed with improvements and buildings, now have expanded outwards. Different districts—from entertainment to industrial to scientific—are designatable, and provide loci for the buildings that would earlier have hidden in the single-tile city, adding to your ability to produce science, culture, or provide other bonuses. This, of course, leads to bizarre cities where people living downtown have to travel past a farm to go to the opera or to the bank. But it works well with VI’s heightened sense of exaggeration. As no city can do everything at once, each city becomes a hyper-focused machine of culture, gold, production, and so on. Wonders now demand individual tiles, often with incredibly specific requirements: the Pyramids, for example, require a flat desert tile. In the same vein, the civilizations themselves are broken down into further discrete specializations and bonuses: there’s the leader bonus, the civ bonus, the unique building or district, and the unique unit. Numbers and bonuses pile upon bonuses and numbers until the player is given a Civilization that wears its game-ness on its sleeve.

In part, this is because this version of Civilization feels like the ‘most’ Civilization: the normal pattern of the series is to release a new, pared-down version, and then embellish the videogame over a series of expansions. Instead, Civilization VI carries forward almost all of the mechanics from V: spies, trading routes, religion, ideologies, the hexagonal map, and so on. As a result, the game is just as strong as its previous incarnation, while nevertheless finding ways to expand upon this experience. The Settlers-of-Catan-ification of Civilization is in keeping with the mechanical strengths of the series: the player has always crafted these expanses of mines, mills, and farms; now she can add libraries and museums to her quiltwork.

But there’s a sense in which this emphasis on function at the expense of form strikes the wrong note. Another new addition is the casus belli system, which lets you declare Holy Wars, wars of expansion, and colonial wars for a lower warmonger penalty—these are mechanical elements, named for the sake of flavor. But the seriousness of these names and their weight is wholly absent when Philip II of Spain dramatically overreacts to the player’s declaration, when cities are disappeared at the click of a button, and when any damage your farm or mines suffer is instantly repaired with a frenzy of Looney Tunes-like work. In earlier games, declarations of war would come with their own serious soundtrack because war is serious. In Civilization VI, the medley of “Fanfare for the Common Man”/“Hard Times Come Again No More” keeps playing. The game carries on as before.

More than ever, Civilization is torn in two directions: lightness and weight, exaggeration and appreciation, play and purpose, mere game and serious awe. The opening cinematic has always described human destiny as a teleological journey into the stars—but here I research poetry and learn, upon researching poetry, that “Poets have been mysteriously silent on the subject of cheese.” Yet Civilization VI still works as a Civilization game. The suburbanization, the cartoonish aesthetic, and the “one more turn” addictiveness are still recognizable parts of the core experience people keep coming back for. It is still a full, massive, joyous videogame, even if I have to squint to find the joy beneath mere wit—but the two extremes are now growing wider and wider apart. How long before the fabric of the game snaps under the strain?