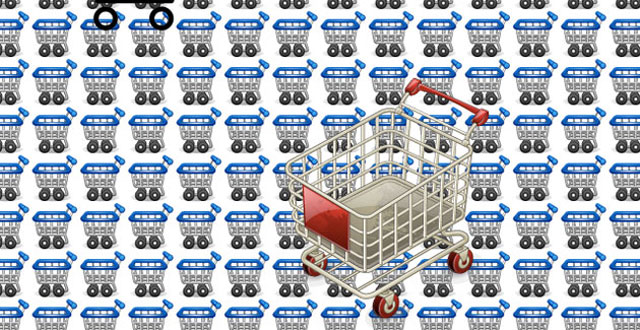 As teenagers we spoke in likes. We would articulate our thoughts about a new interest, and we would fail. We used the word “like” to cover up our mistakes. This Radiohead album is like, like, um, kind of a—it’s like, you know, those electronic undercurrents that they’d like just begun to develop in their last album, we would stammer to a girl. And as college students we did the same. “I’m a Harvard professor,” wrote Lawrence Lessig in a review of The Social Network. “Trust me: The students don’t speak this language.” We were a far cry from Aaron Sorkin’s seamless script; we filled the gaps in our sentences with likes. Our thoughts and selves then appeared continuous.

In the recent decade, this habit seems to have been transposed to the social network. On Facebook, we speak of likes in Likes. Our ceaseless conversation enters into our privacy and our moments of absence. If there is a subject, there is by definition a corresponding Like. You can add any interest to your Facebook profile; it can even be “asdfoisdfj,” and the site will generate a page that you and others can Like. At any given point in time, a stranger could Like what you like. You might be sleeping, or dead, but your thoughts about Aaron Sorkin scripts or hot dogs or asdfoisdfj will be answered by others. This occurs as a click.

The Whitney Museum of American Art, as part of its 2010 Annual Fund, now hosts a videogame on its site. The game, called Clickistan, is also a fundraising tool and a caustic work of net art. With one exception—a pair of levels styled after Space Invaders—you play the game by pointing and clicking. The first level consists of five radio buttons sitting in a line. Each button yields a certain number of points that are tallied on a counter. The points are unimportant; the level is over once you have made 11 clicks.

“There is something very repetitive and redundant about it,” says Christiane Paul, the adjunct curator of new media at the Whitney. “It’s not very challenging. So what you’re focusing on is really what this act of clicking means.”

The Whitney commissioned artist duo UBERMORGEN.COM to make the work, which can be played to completion in less than 10 minutes. The final level allows players to donate amounts ranging from $5 to $10,000. At that point, they may either click or close the window. Director of Membership and Annual Fund Kristen Denner says Clickistan has been popular and successful in attracting donations, the museum’s main point being that even a single dollar helps keep the museum lights on.

That goal suits the web—an environment that, in bringing all action down to the level of the click, so effectively anesthetizes the notion of real sacrifice.

“Clicking in general seems to be an affirmative action,” says Denner. “You are typically taking an action that leads to a response or change. There’s a desired result when you click. In a way, that’s different from scrolling, or moving a page up and down, or moving a cursor around.”

In gaming, the click incites drama. Click in Half-Life 2 and your gravity gun wrenches a radiator from the wall. Click in Civilization V and you destroy Paris. Click in Mass Effect and someone’s heart is broken. On the web, the click is no less suffused with meaning. In the case of the Like button, it’s the substance of communication, a gesture whose significance nonetheless slips by because the very gesture feels insignificant.

“It is a game, obviously, in that it is rule-based, or you’re pursuing a goal,” says Paul of Clickistan. “But at the same time, as many art games, it makes you very conscious of these rules.”

What of that repetition and redundancy that the game’s first level so succinctly channels? As an aesthetic object, Clickistan‘s success seems to be in the way that it simultaneously replicates and energizes the sense of moving automatically through the web. Numbness develops into a vague situational awareness. Here is a place that is hard to see, because it purports to offer information while taking no particular stance.

It is unexpectedly fun, in other words, to chase after runaway shopping carts with your mouse pointer, as idiotic as that may sound. Or to check a box on a grid, which causes the whole array of checkboxes to shake playfully at you, like a wagging finger or a belly dancer. Clickistan attacks the click with no rhyme or reason, imitating the formlessness of the web. One level is a survey that obnoxiously asks, “How are you going to profit from global warmings?” Another, which recalls the op art paintings of Bridget Riley, is an ocean of neon bars that fold into each other as you move and click aimlessly, a simple moment of beauty.

The fundamental elements of the web are pointedly dissembled and disordered. Early on, you are tasked with clicking on horizontal scrollbars that rain from top to bottom as a chiptune blares. The scrollbar is usually anchored to the right of your web browser and sized reliably in proportion to the length of the page. Here, shorn from the edge, it is stretched to multiple lengths and turned on its side. And it’s not easy to click.

“What the piece also investigates is all of the false promises of the click, so to speak,” says Paul. “We tend to perceive it as enabling—but how often is it, really, in terms of the choices you are making in surveys or in purchasing something? You’re always also highly restricted, and I think Clickistan makes you aware of that in a nice way, of the lack of availability of options.”

As we play Clickistan, our clicks slip by, ineffective. Yet we persist in fitting our cursors onto and into tiny spaces: scrollbars, checkboxes, radio buttons, icons. We have a reflexive need to aim precisely and see the page change. Clickistan‘s jittery surface acts like a game. Its levels unfold, however, like the web—haltingly and in silence. We play it during a pause in our online routine. We wonder if our routine is not also, like our attempts to make ourselves clear, a kind of endless stammer.