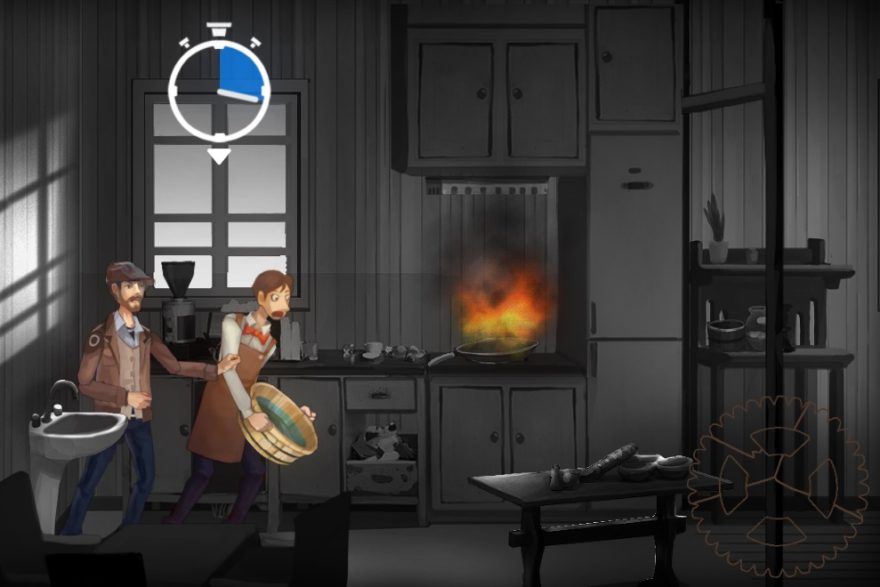 Clocker, recently Greenlit by the Steam community, is a quiet journey through time-shaping mechanics. In fact, it combines two elements of time manipulation—the ability to stop and to start the resource. But this is no SUPERHOT.

The story follows two characters, a watchmaker named John and his daughter, Alice. After gaining possession of a seemingly broken pocket watch, John finds he is able to freeze time and then selectively unfreeze participants at will for a few seconds at a time. Puzzles are situational, determined by the characters and the locations, and how their stilted movements can affect them.

Clocker looks to focus in on very specific moments

But you don’t always play as John. As Alice, you can unfreeze time by walking across scenes to see the effects of her father’s manipulations. It’s a bit of a sweeter, more melancholic version of the 2002 film Clockstoppers. Less rad, to be sure, but far more subtle and nuanced.


Since H.G. Wells Time Machine (1895) and onwards, to such modern works as Braid (2008), time travel has focused on consequences. Change in the past results in potentially skewed results in the future, and even a little meddling has a butterfly effect. With its precision time altering elements, Clocker looks to focus in on very specific moments—moving a girl out of the way of a falling piano, pushing a car into place so that you can use it to climb to higher places—rather than larger set pieces.

But the time stopping and starting is only part of the appeal here. Clocker also boasts a certain storybook quality to its tale with its softly saturated images and gentle music. Ultimately, it is the story of a little girl wanting to be reunited with her time-traveling father. It looks like a sweet game overall, but one that’s tinged frosty by a fog-paned glass and razor-sharpened to that jolt of childhood panic when you turn around in a store to find your parent suddenly gone.

You can find out more about Clocker through its Steam Greenlight page.