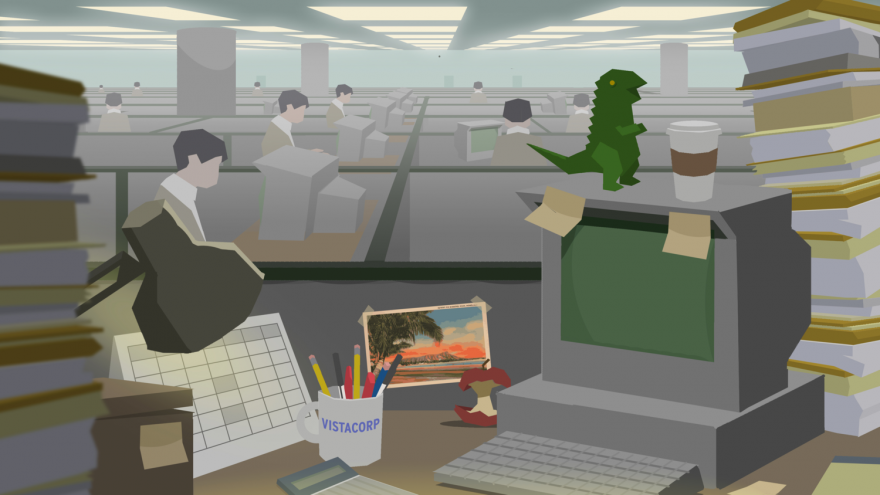 After winning the IGF Award for Best Student Game in 2015, Will Hellwarth and the team at GoodbyeWorld Games have been slowly expanding the scope of their experimental game, Close Your. The team recently launched a Kickstarter to help fund their ambitious vision for a game that’s already drawn considerable attention for its unique storytelling tool.

Close Your is a narrative-driven game about the life of a man. Only, the game utilizes the player’s webcam to track their eye movement to tell their story. Each time the player blinks, the game jumps forward in time. With each blink, a person can find themselves anywhere from a month to years in the future. That’s why each narrative scenario for the character will only last as long as the player keeps their attention (and eyes) focused. Once they blink, they can find that their character’s life has literally passed them by.


Hellwarth explained that GoodbyeWorld is looking to seriously increase the scope of the storytelling within the game with the funding from Kickstarter. What was once the story of an average person has expanded into the story of an alcoholic, or a busybody. What was once the story of a man can be the story about a randomly generated man or woman. “We’ve always had the ambition to random roll the player’s gender every game and we almost got it in to the IGF version, so that’s first priority,” explains Hellwarth. The way the game is now limits the player to the life of a male character, but as the game is meant to seriously examine the nature of time on a person’s life, it’s only fitting that the game can generate a more universal experience.

When asked if the gameplay would be expanded upon to accommodate the changes planned for characters, Hellwarth explained, “we’re looking at changing the interface completely, it’s very temp/minimalist black and white right now.” The art style has seen a considerable evolution since the original game, adding more details to character models and the environment. “[W]e want to take a little more inspiration from a favorite other indie of ours, Apartment, and integrate the text in beautiful ways as part of the environment.”

Close Your’s Kickstarter campaign video revealed the kind of emotional responses seeing a life pass in the blink of an eye elicits in a person. Hellwarth and team wants to dig deeper into the pathos of their game and broaden the scope so as to reach as many players as possible. So remove the tape from your webcam and let GoodbyeWorld in.

You can support Close Your on Kickstarter. More info on the game can be found on its website.