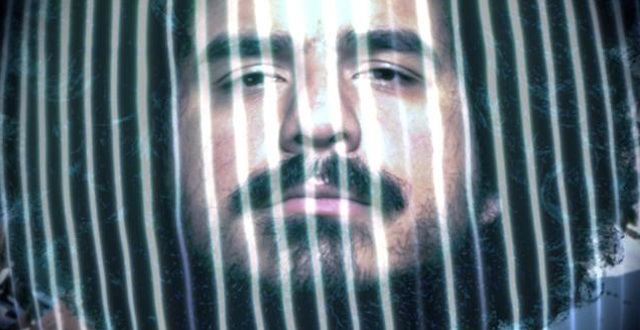 Roberto Carlos Lange is many things: musician, visual artist, director, animator. These days he’s mostly with his band Helado Negro filtering his soulful Spanish crooning through a computerized gauze. I talked to him recently about how technology shaped his sound.

Technology plays a pretty prominent role in your music and visual art. Did that relationship with technology start at a young age?

It does and it did. My father is a CNC metal machinist. So my whole life I would be at his shop surrounded by giant machines mass-producing chassis for some electronic component. The machines would be programmed by green-screened computers that had a very early CAD-style drawing program that would allow you to draw and plot out the program for a machine. It would then code all the information to a roll of black binary tape that looks a bit like hole-punched braille. Then you bring it to the brain of the “punch” machine, and feed the information and it knows what to do. There were giant colored buttons that you pressed, and sci-fi backlit square buttons as well.

He would sit my brother and myself down to learn all this stuff. Later, my brother and I got a Tandy computer and would stay up all night coding it to make it do different types of color animations. There was a Cookie Monster game on a cassette deck that it would read and I would always play. All these machines made a huge impression on me, and my dad made it a point for us to understand computers at a young age.

In your Cerrar Los Ojos you use visuals made with an Atari, along with music, to evoke what it’s like to be a teenager. How’d you create the visuals? What is it about the Atari, to you, that strikes that raw nostalgic nerve?

The thing with the Atari is the want for an automated process. It’s a machine that reacts, and you can adjust the parameters in realtime. The output gives me the same feeling of sitting in front of a tube TV. The saturated, soft-edge feeling that I’m familiar with. I don’t know that it’s nostalgic more than it’s like a different color on the palette for me to paint with.

The Cerrar Los Ojos pieces are abstract representations of when I was in middle school and a carnival would come to our school parking lot and set up. The rides would be operated by people who just got out of prison, and possibly people who probably shouldn’t have been operating those things. Part 1 is about the Gravitron—a ride that spins in a circle real fast, and sticks you to the wall. Kids would vomit and cry. I would laugh and be in awe of the dude in the middle blasting Stryper or Megadeath. The dude would either have tons of porn taped up in his both in the center, or  “Jesus Saves” stickers. Part 2 was about my failed attempt to woo a girl to kiss me on the ferris wheel.

As a musician you dabble in a lot of different genres, and as a visual artist and filmmaker you use all sorts of different styles. Who would you say were your primary influences?

I’ve been attracted to automated processes at an early age. Some of the things I described before I think deeply rooted that. I remember being in school and using Logo Writer on an Apple II and being just so blown away by it. We also got a PC at home that had Corel Draw, so that really opened up a lot of my creative energy. My brother was going to art school at the time, and he came back and showed me a way to draw on a computer. We traced an image from a book on tracing paper, then stuck it on the screen and drew it in Corel. I couldn’t believe it.

“The thing with the Atari is the want for an automated process. It’s a machine that reacts, and you can adjust the parameters in realtime. The output gives me the same feeling of sitting in front of a tube TV.”

I went to college for computer art and began using video cameras and non-linear editors, and that was the beginning of me wanting to work with motion. Watching Norman McLaren films in school really appealed to everything I wanted to do visually; and then learning about his process made it more inspiring. In his animation work, he really made a world where sound and vision complement each other. Later I dug into Oskar Fishinger when I saw an exhibition of his in Berlin, and discovered John Whitney’s work.

My music, to me, feels like it’s inspired by visual movement. I never learned how to read or write music. I came into making music with an MPC2000XL. I sampled and assigned sounds to pads and sequenced them. It was all about what you heard and less about a representation, visually. So in my brain these sounds were like characters in a book; I could create faces and descriptions of them abstractly without assigning any musical history to them. Granted, there are drums and basslines and synthesizers. But I was always looking for something that could feel and sound like something at the same time.

Did you play videogames a lot as a kid? Are you interested in them, at all, now?

I had an NES and Sega Genesis. Section Z and Rygar were my jams on NES. Mortal Kombat and Street Fighter were my Sega games.

Games are a different breed now. I didn’t grow with them, because I found myself making music way more.

Image from “2º Dia” by Helado Negro