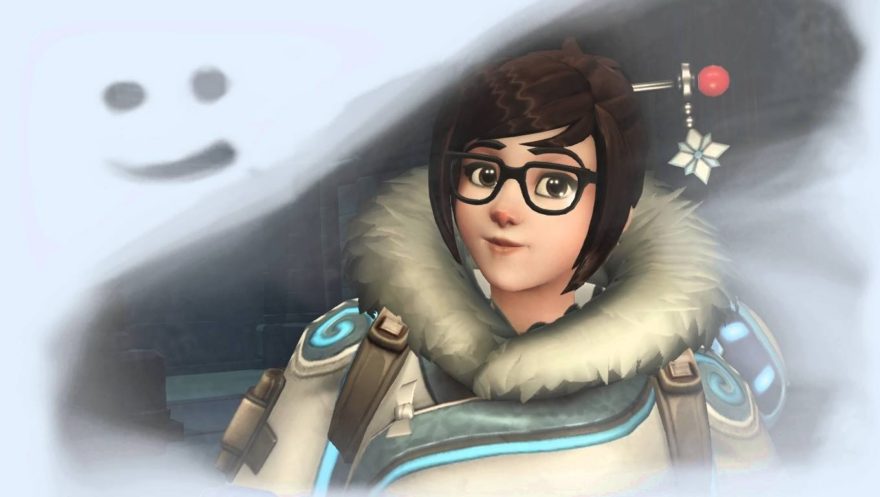 My sister is quiet, bookish—a nerd, a dork. She’s reserved. Shy. But when you set her off, she’s brutal. If I wanted to use the computer as a kid and my sister was already on it, I might just crawl under our parent’s heavy wooden desk and snatch the power cord straight from the wall. One time, she grabbed a bottle of cleaning solution that sat nearby the computer as I clamored to get out from underneath the desk. I dared her to spray me in the face. I knew she wouldn’t. She did—but then she apologized. She reminds me of Mei.

Sorry! Sorry, I’m sorry. Sorry. Mei was stuck in Antarctica in cryostasis for a whole bunch of years. The rest of her team died; she was the only survivor. It makes sense that her heart is a little cold. Maybe she feels a little guilty when she sends an icicle through your eye—maybe she doesn’t.

Mei the odds be ever in your favor

Mei’s abilities are pretty unique in the world of hero-based shooters; her Endothermic Blaster is a relatively short-range weapon that shoots frost. The frost damages, slows, and eventually freezes enemies into cold, icy statues. Once they’re frozen, it’s a particularly good idea for Mei to whip out her secondary weapon, the Icicle gun, and land one final killing blow. The Chinese scientist also has the ability to enter Cyro-Freeze on command—where she can’t take damage and heals herself—though why she’d want to revisit that horrific past is beyond me.

Mei’s also got the Ice Wall, which is probably the most annoying of all her abilities—for both teams, especially if you’ve got a bad Mei. (I’d like to take this time to apologize for all the times I’ve blocked my own team from making good plays while using Mei’s Ice Wall. Sorry! Sorry, I’m sorry. Sorry.)

She’s got an adorable little weather drone that is used during her Ultimate—Blizzard. Its name is Snowball. Like Mei, Snowball has a pretty powerful core hidden beneath its goddamn cute veneer. Stick around too long after Mei deploys Snowball, and, uh, you’ll get frozen in place. Likely taken out. Mei the odds be ever in your favor. (Sorry, again.)

Bastion – Bastion is the machine pointed at the world
Hanzo – Hanzo “looks like a good man,” my Japanese mom raves
Junkrat – I have fallen in love with Junkrat
Torbjörn – An ode to hard-working, salt-of-the-earth Torbjörn
Widowmaker – Widowmaker made a widow of me